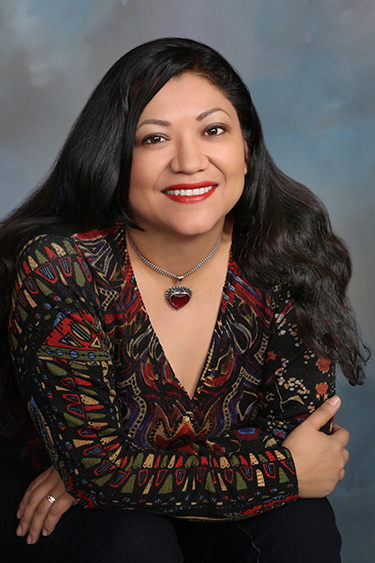 Grande joins a diverse group of 10 Latino leaders from throughout California and across various professions who have been selected for the honor this year. She received her award for Achievement in Literature & Advocacy.

“The Latino Spirit Awards are about recognizing and honoring the great accomplishments of Latinos across California, who represent the largest population of Latinos anywhere in the country, and across the United States in general,” noted Latino Caucus Chair Senator María Elena Durazo (D-Los Angeles).

“We are very excited to recognize this year’s honorees who are at the top of their respective industries—in broadcasting, in public service, in the arts, and many others.”

“Latinos in California have challenged the frontiers of social, economic, and environmental justice and have strengthened and uplifted our state in countless ways,” added Latino Caucus Vice-Chair Assemblymember Robert Rivas (D-Hollister). “I am proud that through the Latino Spirit Awards, our Caucus can recognize and celebrate this year’s honorees for their outstanding contributions to our state and beyond.”

The Latino Spirit Awards were established in 2002 at the State Capitol in Sacramento to highlight positive role models within the diverse Latino community.

Many of the honorees are pioneers in their respective fields and have overcome tremendous obstacles, rising to become role models and community leaders.

Grande received an American Book award in 2007 for her debut novel, Across a Hundred Mountains.

She wrote the first 80 pages of the novel–a poignant story about immigration and family based on her own personal experience–as part of her senior project in the UCSC Literature Department.

Her second novel, Dancing with Butterflies, told the story of four women in a Los Angeles-based folklorico group. It received the 2010 International Latino Book Award for “Best Women’s Issues.”

In 2012, Grande released her bestselling memoir, The Distance Between Us, about her life before and after arriving in the United States from Mexico as an undocumented child immigrant. It was described by the Los Angeles Times as “a brutally honest book…the Angela’s Ashes of the modern Mexican immigrant experience.”

At the time it was published, the Washington Independent Review of Books noted that “This book would be fabulous required reading for college freshmen—or even better, for members of Congress.”

The sequel, A Dream Called Home, was published in 2018. It begins where her last book left off—at her arrival at UC Santa Cruz, where she began her quest to become the first person in her family to earn a university degree and to become a writer.