The Humanities Institute is thrilled to announce this year’s cohort of Coha-Gunderson Prize in Speculative Futures winners and honorable mentions. Every year, this competition celebrates mixed media work in speculative fiction from students across campus. It was established by THI’s Speculatively Scientific Fictions of the Future project and made possible by alumni Peter Coha (Kresge ’78, Mathematics) and James Gunderson (Rachel Carson ’77, Philosophy, and UCSC Foundation Board Trustee).

This year, the prize is expanding its reach by offering the 2022-2023 prize winners, along with past awardees, the chance to participate in The Coha-Gunderson Creativity Workshop, a quarter-long winter workshop followed by a springtime exhibition.

The 2022-2023 awardees are drawn from Film and Digital Media, Environmental Art and Social Practice, Social Documentation, and Visual Art. 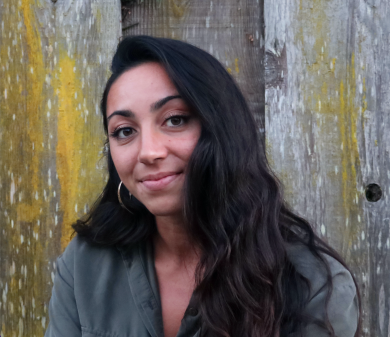 Ghaffari’s project, Ciclovía, positions the bicycle as a “radical socio-economic toll of agency and mobility in the past, present, and future of Havana. The project will consist of a 20-minute documentary film, the development of Havana’s first Community Bike Kitchen, and a street arts event in Havana, Cuba. Ghaffari’s short documentary offers what she calls “a contemporary portrait and artistic interpretations” of the bicycle as a “traumatic symbol of the Special Period, a re-adopted resource of the Pandemic, and a powerful device for the future of the island.” The bicycle is revealed “as a socio-cultural tool that grants agency and self-governance within a geo-politically restrictive landscape with few private automobiles and heavy dependence on foreign gas.” 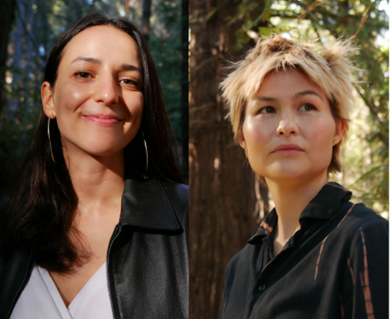 Tenter and Hughes’ project, “Treasure Island,” is a collaborative experimental feature film that explores San Francisco’s Treasure Island as a site for “ideological projections of the future.” The film contains observational footage, landscapes, and found footage. Archival images include CAD images for the “Eco-City of the Future,” Board of Supervisors meetings, black and white promotional footage and historical coverage from the World Exposition, military recruitment videos, and home videos from residents at Home Free, a transitional home for formerly-incarcerated survivors of domestic violence. This combination of stories and images serves to “contrast the history of Treasure Island as a site for various ideological projections–with visions of the future voiced by its current inhabitants.” 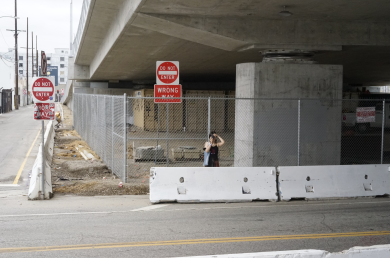 Zong’s project, Intangible Realities, is a video essay incorporating “machine learning technology and natural environments, in examination of immigrant identity, displacement, digital surveillance, and algorithmic bias.” Zong uses AI text-to-image generators to imagine “a reality that has become increasingly inaccessible to its past residents,” thus fusing “a traumatic past, a dystopian present, and an unsettled future under China’s strict COVID-Zero policy and increasing ideological, informational, and material controls.” The video essay will be projected into the San Lorenzo River, becoming “an invitation for local residents and the UCSC community to ponder what’s happening on the distant shores of the Pacific Ocean.” 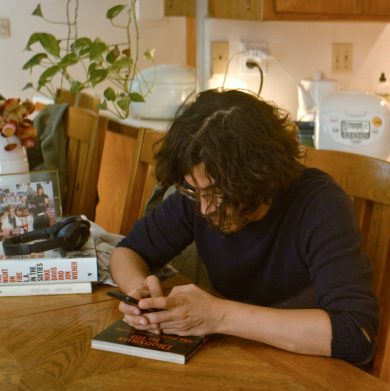 Shamriz’s project, “Bird Divination in Mesopotamia Today,” is a short piece of speculative fiction that takes the form of an academic paper. Shamriz combines contemporary academic research on Mesopotamia and the Levant with alternative history in order to, as they describe, “reimagine our present, the recent past, and antiquity, which allows for a different political, cultural, and social future for Western Asia.” The story presents a world in which, due to a historical event called “The Great European Disappearance,” an alternative history emerges wherein “the Levant is never colonized by the British and the French, the Ottoman Empire dissolves peacefully, and West Asia is a democratic pluralist federation.” The story thus allows Shamriz to “reconsider the alternative future paths that are available for the East Mediterranean region and can inform the imagined possibilities of our present by reflecting on possible regional relationships that were foreclosed by the division of the area by the British and French upon the fall of the Ottoman Empire.” 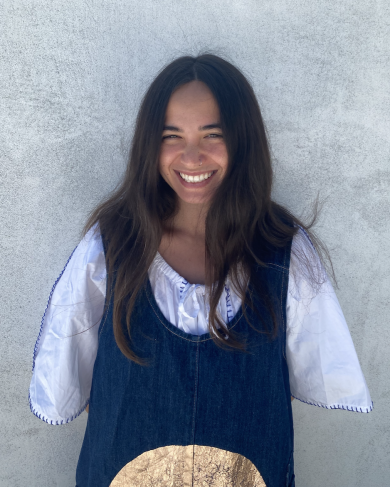 Lorenzo’s project, “auxiology: on value on gold,” is a pedagogical and art-based effort to “engage principally students and secondarily a viewing public with broad questions about our society’s values, the ways they are shaped, their impacts on material reality, and how people (but particularly artists) can contribute to shifting them.” Lorenzo worked with undergraduate students in a 10 week course using research based inquiry to study the history, affect, and materiality of gold with the goal of “collectively interrogating notions of value.” Students created an ongoing “video based collaborative futures project” that explores the themes of: “1) links between capitalist economic and cultural construction, 2) futures liberated from capitalism especially regarding its emphasis on relations of extraction and accumulation, 3) power, politics, and tyranny through the papal system and US hegemony, 4) deep-time, and 5) an anti-imperialist feminist exploration of gold and bodies.”

The winners of the Coha-Gunderson Prize in Speculative Futures will have the opportunity to further develop their submissions with members of the Speculatively Scientific Fictions of the Future project through The Coha-Gunderson Creativity Workshop, and present their work at an exhibition in the Spring. We look forward to sharing more about these creative pieces!