Having finished his bachelor’s in Literature (Creative Writing) and masters in Theater Arts (Playwriting) at the University of California, Santa Cruz, Stephen Richter heard that Translation and Adaptation Studies would be offered within the Literature doctoral program. He started the program this fall, and shares here his research interests, his path to graduate school, and what kept him at UC Santa Cruz for his doctoral studies.

Stephen’s play Marqués will be holding open auditions, campus-wide. A Q&A for the play, held in the first week of winter quarter 2016, will include materials for non-Theater Arts students to use to prepare for the audition process. Visit the Marqués website for details. 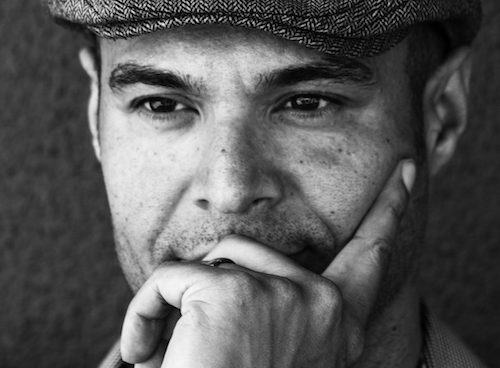 My name is Stephen Richter. I am an incoming first year PhD student in Literature and a recent MA in Theater Arts Graduate.

What are your research interests?

I am very interested in the politico cultural questions behind the long-enduring form of Greek tragedy, so many of my works are located at the intersection of classical drama and contemporary social problems. I am also interested in Shakespearian transpositions and adaptations. The human experience, or at least the major concerns of that experience, remains pretty much the same: food, shelter, money, their children, sexual infidelity, death, betrayal, war, the brass tacks of life played out at the level of the individual. I suppose my writing is another way of searching for modern solutions to classic problems that recapitulate themselves in the social issues we face in our daily lives.

Before you came to the graduate program, what other experiences did you have with higher education? When did you know you wanted (or needed) to go to graduate school?

How did you decide to focus on Literature as a research interest?

Literature has played huge role in my life. As a U.S. Marine living in Japan, then later as an expatriate for nearly a decade in México and Latin America, I spent a great deal of time writing and reading national literatures as well as translations of English literature. I was fascinated by the way certain narratives move through culture and across cultures and the power they have to shape lives and identities. Returning to the United States, and to the Literature Department at UCSC, I was exposed to other forms of translation: that of signs and temporalities. All of my work deals with breaking down stereotypical misconceptions of cultures outside the United States, especially Mexican culture, through bilingual texts and hybrid adaptations.

I wanted to pursue my translation and adaptation work further in both scholarly and creative ways. Universities such as UCSC are pioneering these sorts of hybrid textual explorations, where theory and practice meet. I was burning to be a part of the movement.