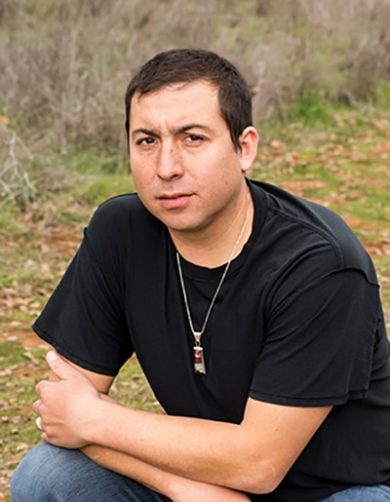 Award-winning novelist Tommy Orange will be featured in conversation with literature professor Micah Perks, director of UCSC’s Creative Writing Program, in a live virtual event on Wednesday, March 3, at 6:30 p.m.

This free online event follows a month of in-depth programming and community engagement by UCSC’s Humanities Institute through its Deep Read program. This year, it focused on Orange’s New York Times bestselling novel There There—a multi-generational, fast-paced story about the lives of urban Native Americans in Oakland, CA.

One of The New York Times Book Review’s 10 Best Books of the Year, There There was long-listed for the National Book Award and was a finalist for the Pulitzer Prize. It additionally received the Center for Fiction’s First Novel Prize and the Pen/Hemingway Award.

The Seattle Times described it as “Bursting with talent and big ideas…funny and profane and conscious of the violence that runs like a scar through American culture.” And the New York Timesnoted that “There There has so much jangling energy and brings so much news from a distinct corner of American life that it’s a revelation.” 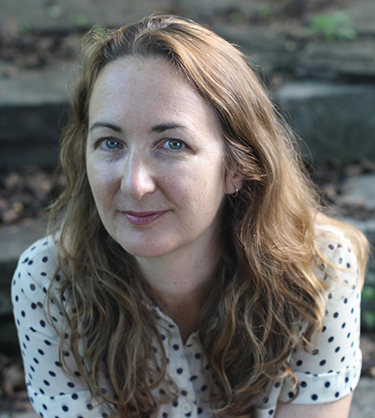 Literature professor Micah Perks said she was looking forward to interviewing Orange and, like everyone else, eager to find out what he has to say.

“If you’ve read There There, you’ll know that it’s surprising, and follows a weblike pattern of connections,” said Perks. “My hope is that we’ll learn more about Tommy Orange’s process in writing the book and about his life as a writer and creative political thinker.”

“I’m a writer and reader, so my questions are mostly about reading and writing this complicated multi-perspective novel, but I’ve also gotten questions from the Amah Mutsun tribal panel and from colleagues in anthropology, so those will be in there too.”

Perks described the significance of Orange’s work and why it has been so popular with readers and critics alike.

“It works to explode the cliche of Native Americans as only living on reservations, and of Native culture as being primarily linked to the past, as being gone, done,” said Perks.

“There There depicts the lives of many different urban, contemporary Native Americans in Oakland right now. The novel is as interested in video games and drones and 3D printing as it is in Pow Wows. And then it’s a beautifully written novel with complicated characters and an exciting plot,” she added.

Over the past few weeks, Perks has participated in various aspects of the 2021 Deep Read, and she noted the importance of this type of program for both students and the wider community.

“Jennifer Tseng, my colleague in creative writing and sister fiction writer, and I led a salon on the craft of There There, and I went to other salons as well,” said Perks. “I love that our whole UCSC community—faculty, staff, students, alumni—can get together around the pleasure of stories and thinking.”

Novelist Tommy Orange will be in conversation with UCSC literature professor Micah Perks in a live virtual event on Wednesday, March 3, at 6:30 p.m. (PT).  Admission is free with registration. For more information, contact thi@ucsc.edu.

The 2021 Deep Read Program is made possible through the support of the Helen and Will Webster Foundation. It is presented by The Humanities Institute and co-sponsored by Bookshop Santa Cruz, Amah Mutsun Tribal Band and UCSC’s American Indian Resource Center, College Scholars Program, Division of Student Success, Porter College, Council of Provosts, University Library, and University Relations.