#StopCVE: Challenging State Surveillance of Muslims in the Biden/Harris Era, with Fatema Ahmad

In 2014, the Obama administration launched Countering Violent Extremism (CVE), a grant program that funneled federal money to police, universities, and nonprofit organizations in the name of combating terrorism. Although CVE and other “anti-radicalization” programs target Muslims and political activists, they have enjoyed support from some liberals who view anti-radicalization as a softer, more humane form of policing. Revised and expanded during the Trump years under the Targeted Violence and Terrorism Prevention program, such surveillance initiatives are embedded in at least nineteen municipal police departments across the United States. In this conversation with Fatema Ahmad of the Muslim Justice League, we will discuss the history and impacts of CVE and consider the prospects for such programs under the Biden/Harris administration. 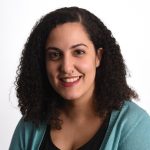 Fatema Ahmad (she/hers) is the Executive Director at Muslim Justice League, where she leads MJL’s efforts to dismantle the criminalization and policing of marginalized communities under national security pretexts. She joined as Deputy Director in 2017 and increased MJL’s focus on organizing within and collaborating across impacted communities to resist and subvert surveillance. That included growing the Building Muslim Power collective, a group that shifts power through creative actions. Fatema also leads the national StopCVE network, spearheads MJL’s research, and is a leader in the Donor Advised Funds campaign of the Public Good Coalition.

In conversation with Neel Ahuja, Associate Professor of Feminist Studies and Critical Race and Ethnic Studies