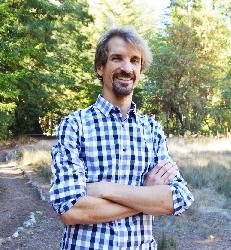 Many theories have viewed reason and reasoning as essential to making moral judgments. In contrast, recent psychological proposals have contested the centrality of reasoning, arguing that most or many moral judgments are based on automatic, emotional reactions (sometimes termed “institutions,” e.g. Greene, 2013; Haidt 2013). These proposals are based on experiments taken to show that people are sometimes unable to justify their moral evaluations and that such evaluations are sensitive to factors presumed morally irrelevant. In this talk, I will argue that these studies have a number of methodological and theoretical limitations. Research without these limitations, for instance on responses to so-called trolley dilemmas, indicates that reasoning plays important roles when individuals make moral judgments. Furthermore, this research suggests a realistic view of moral reasoning that is not premised on the dichotomy between reasoning and emotional reactions.

About:
Audun Dahl is an Assistant Professor of Psychology at UC Santa Cruz. His research investigates early moral development. One line of work deals with the emergence of infant helping behavior and a second line deals with how young children acquire an aversion to harming others. His research combines naturalistic and experimental methods to study how infants’ everyday social interactions contribute to these developments.