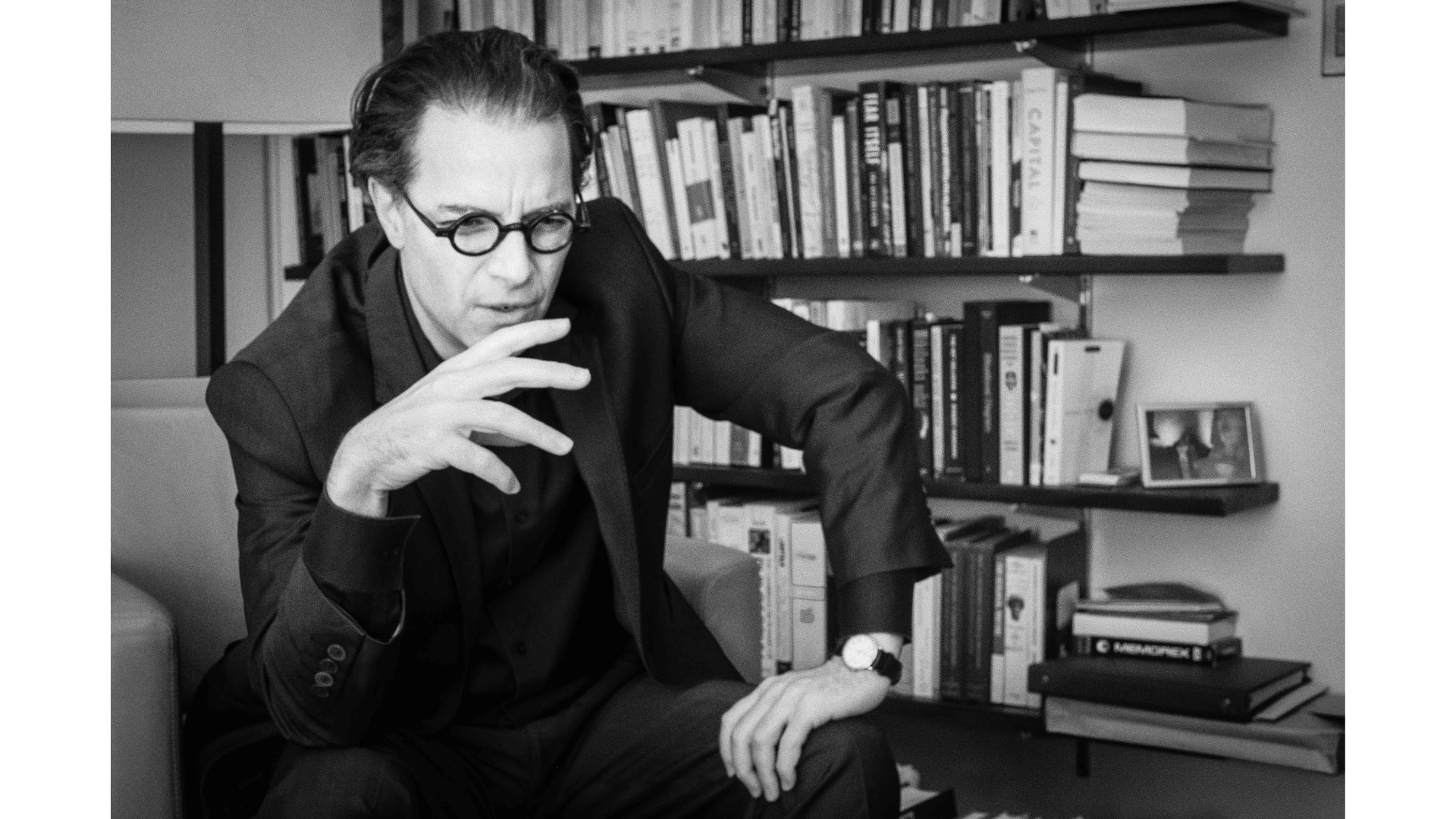 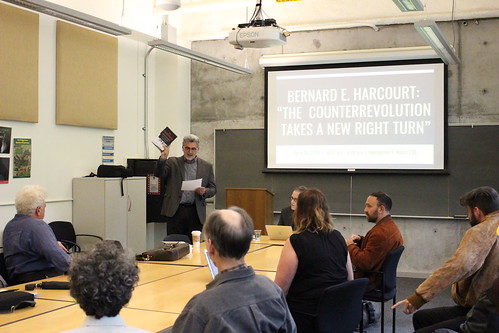 Bernard E. Harcourt is a contemporary critical theorist and social justice advocate. Harcourt is the Isidor and Seville Sulzbacher Professor of Law and Professor of Political Science at Columbia University. He is the founding director of the Columbia Center for Contemporary Critical Thought at Columbia University. He is also a Directeur d’études (chaired professor) at the École des Hautes Études en Sciences Socialesin Paris.

Bernard Harcourt’s writings examine modes of governing in our digital age, especially in the post 9/11 period. Harcourt is the author most recently of The Counterrevolution: How Our Government Went to War Against Its Own Citizens (Basic Books, 2018), where he documents our recent turn to the counterinsurgency warfare paradigm as a way of governing populations at home and abroad. He traces the birth of what he calls our “expository society” in Exposed: Desire and Disobedience in the Digital Age (Harvard 2015). He is the author, recently as well, of The Illusion of Free Markets: Punishment and the Myth of Natural Order (Harvard 2011), and Occupy: Three Inquiries in Disobedience with Michael Taussig and W.J.T. Mitchell (Chicago 2013). Earlier books include Against Prediction: Profiling, Policing and Punishing in an Actuarial Age (Chicago 2007), Language of the Gun: Youth, Crime, and Public Policy(Chicago 2005), and Illusion of Order: The False Promise Of Broken Windows Policing (Harvard 2001).

Bernard Harcourt is also an editor of the works of Michel Foucault. He recently edited the French edition of Michel Foucault’s 1972-73 lectures at the Collège de France, La Société punitive (Gallimard 2013) and the 1971-1972 lectures, Theories et institutions pénales (Gallimard 2015). He is also the editor of the new Pléiade edition of Surveiller et punirin the collected works of Foucault at Gallimard (2016). He is co-editor with Fabienne Brion of the lectures Foucault delivered at Louvain in 1981, in French and English, Wrong-Doing, Truth-Telling: The Function of Avowal in Justice (Chicago 2014). He is currently working on Foucault’s lectures on Nietzsche for the next series of lecture publications by Gallimard/Le Seuil called Cours et Travaux.

A passionate advocate for justice, Bernard Harcourt started his legal career representing death row inmates, working with Bryan Stevenson at what is now the Equal Justice Initiative in Montgomery, Alabama. He lived and worked in Montgomery for several years and still today continues to represent pro bono inmates sentenced to death and life imprisonment without parole. He recently resolved the case of death row inmate Doyle Hamm. He also served on human rights missions to South Africa and Guatemala, and actively challenged the Trump administration’s Muslim Ban, representing pro bono a Syrian medical resident excluded under the executive order, as well as Moseb Zeiton, a Columbia SIPA student.

This event is part of the After Neoliberalism research cluster