David Kazanjian: “‘I am he:’ Revising the Theory of Dispossession from Colonial Yucatán” 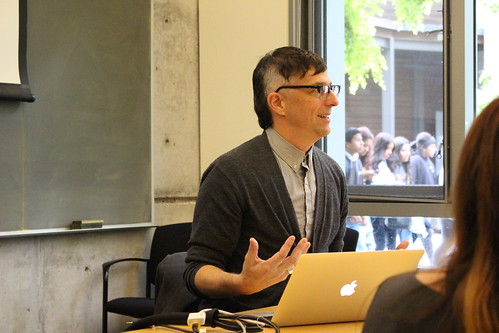 In this paper, “‘I am he:’ Revising the Theory of Dispossession from Colonial Yucatán,” I examine a legal case involving an enslaved Afro-diasporan named Juan Patricio and a Mayan woman named Fabiana Pech from turn-of-the-eighteenth-century Yucatán. The case challenges a fundamental presupposition of many contemporary theories of dispossession: namely, that the dispossessed had prior possession over that which was stolen from them by their dispossessors. Like a number of other such cases I have been examining from the 17th and 18th centuries, in this case those who were dispossessed do not make claims about prior possession. Rather, both Juan Patricio and Fabiana Pech seem to have lived dispossession outside the terms of possession as such, critiquing and countering their dispossession in ways that call for a revision of contemporary understandings of dispossession. I suggest we read the archive of a case like this for alternative theories of dispossession as well as as-yet-unrealized anti-dispossessive politics.

David Kazanjian is Professor of English and Comparative Literature at the University of Pennsylvania. He received his PhD from the Rhetoric Department at the University of California, Berkeley, his M.A. in Critical Theory from the University of Sussex, and his B.A. in Modern Thought and Literature from Stanford University. His areas of specialization are transnational American literary and historical studies through the nineteenth century, Latin American studies (especially eighteenth and nineteenth-century Mexico), political philosophy, continental philosophy, colonial discourse studies, and Armenian diaspora studies. He is a member of the organizing collectives of the journal Social Text and of the Tepoztlán Institute for Transnational History of the Americas, and is co-director of the Tepoztlán Institute from 2017-2019. His the author of The Colonizing Trick: National Culture and Imperial Citizenship in Early America (Minnesota) and The Brink of Freedom: Improvising Life in the Nineteenth-Century Atlantic World (Duke). He has co-edited (with David L. Eng) Loss: The Politics of Mourning (California), as well as (with Shay Brawn, Bonnie Dow, Lisa Maria Hogeland, Mary Klages, Deb Meem, and Rhonda Pettit) The Aunt Lute Anthology of U.S. Women Writers, Volume One: Seventeenth through Nineteenth Centuries (Aunt Lute Books). He is currently at work on two monographs. The first sets radical aesthetics in the contemporary Armenian diaspora against the diaspora’s melancholically nationalist understandings of genocide. The second finds anti-foundationalist critiques of dispossession in the late seventeenth and early eighteenth-century Afro-Indigenous Atlantic.

This event is co-sponsored by Feminist Studies.