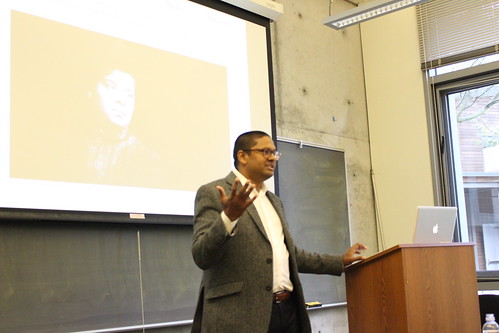 “Candor and Courage: Ida B. Wells and Fearless Speech”

This paper explicates Ida B. Wells’s argument that journalists and leaders have a moral obligation to speak fearlessly. To do so, I unearth the normative relationship between candor, courage, and duty underlying Wells’s anti-lynching editorials and reporting during the Progressive Era. First, I recount Wells’s argument that “yellow” and impartial journalism are, in different ways, responsible for the precipitous rise in the lynching of African Americans at the turn of the century. Yellow journalism uses sensationalism to fuel whites’ fear and anxiety and, at times, goes so far as to coordinate lynchings. The more fact-driven and impartial journalism of the New York Times does no such thing. But it substitutes cold facts for moral courage and thus shirks an important social responsibility. Second, and drawing on work by Michel Foucault, I contend that her willingness to risk death to expose the true causes of lynching to help others see their way toward justice and away from injustice exemplifies fearless speech, or what the ancients called parrhesia. Third, I question whether intrepid speech can be a moral obligation for journalists and leaders living under extreme persecution.

Desmond Jagmohan is an Assistant Professor in the Politics Department at Princeton University. He researches and teaches history of political theory, and he works primarily in the areas of American and African American political thought. He also has interests in slavery and modern political thought and historical methods. At the moment, he is completing his first book, which is titled Dark Virtues: Booker T. Washington’s Tragic Realism. Based on several years of archival research, the book recovers an unseen Booker T. Washington. It reconstructs his political ethics, including his moral defense of equivocation, concealment, and deception as political virtues under conditions of extremity. His second project takes up Harriet Jacobs’s slave narrative to look at the broader philosophical relationship between property, personhood, and moral agency in the context of nineteenth-century American slavery. His work has been published in Perspectives on Politics, Politics, Groups, and Identities, and Contemporary Political Theory.