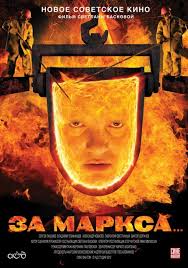 “While the presence of the New Left in the new Russian culture cannot be denied nor ignored this ideological direction produces at this moment more questions than answers. Baskova’s new film channels some of the most burning ones: can Marxism indeed be repeated in Russia? How might this new attempt deal with the earlier, problematic incarnation? Who will be its new interpreters and how will they discern a new theory from practice? All these anxiety-producing questions, raised vividly by For Marx, make it contemporary, controversial, and one of the most worthwhile film experiences of 2012.” – quote from Polina Barskova, Associate Professor of Russian Literature at Hampshire College