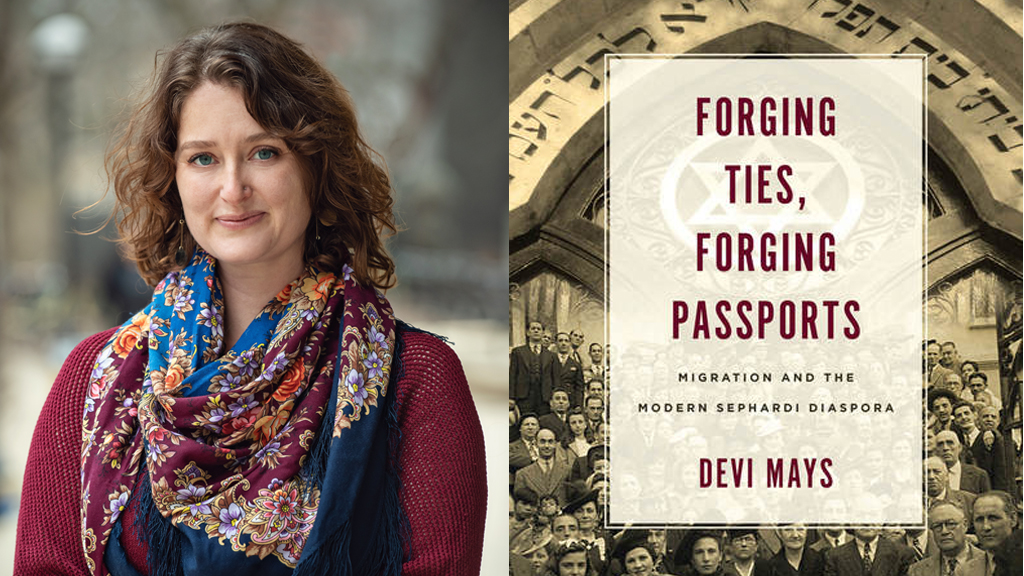 Forging Ties, Forging Passports is a history of migration and nation-building from the vantage point of those who lived between states. Devi Mays traces the histories of Ottoman Sephardi Jews who emigrated to the Americas—and especially to Mexico—in the late nineteenth century through World War II, and the complex relationships they maintained to legal documentation as they migrated and settled into new homes. Mays considers the shifting notions of belonging, nationality, and citizenship through the stories of individual women, men, and families who navigated these transitions in their everyday lives, as well as through the paperwork they carried.

Zoom link will be sent out prior to the event.

Devi Mays is Assistant Professor of Judaic Studies and History at the University of Michigan. Her book, Forging Ties, Forging Passports: Migration and the Modern Sephardi Diaspora (Stanford University Press, 2020) won the 2020 National Jewish Book Award in Sephardic Culture. She is working on two new projects, the first focusing on Ottoman and North African Jews as tastemakers in fin-de- siècle and interwar Paris with Julia Phillips Cohen, and the second an introduction to and translation of Izmir-based Ottoman Jewish journalist Alexandre Ben Ghiat’s Ladino diary of World War I, entitled Two Steps from the Abyss: An Ottoman Jewish Witness to War.

This presentation will be given during Professor Alma Heckman’s Spring Course offering, HIS 185I: Latin American Jewish History in the Modern Period.