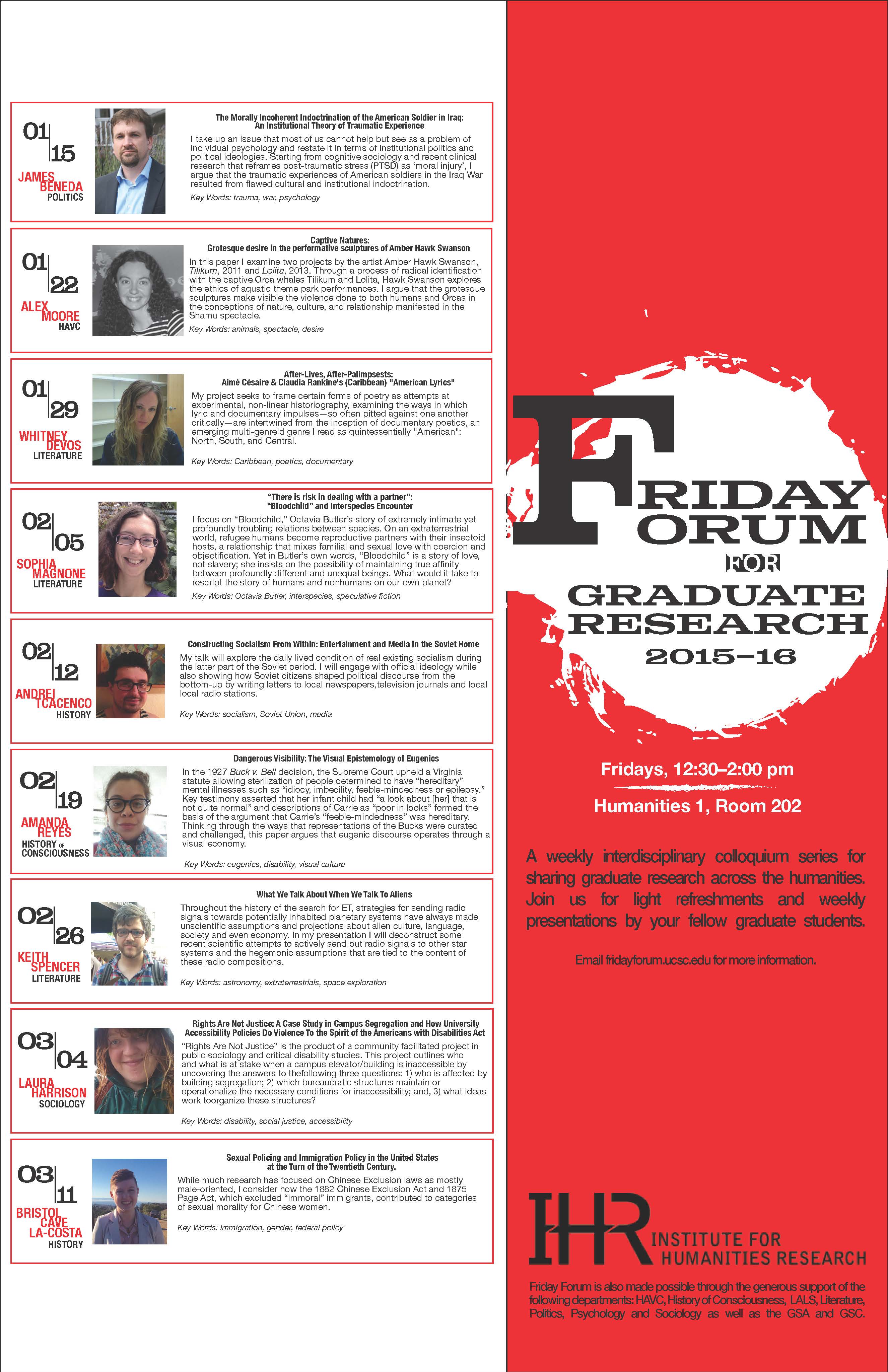 In the 1927 Buck v. Bell decision, the Supreme Court upheld a Virginia statute allowing sterilization of people determined to have “hereditary” mental illnesses such as “idiocy, imbecility, feeble-mindedness or epilepsy.” Key testimony asserted that her infant child had “a look about [her] that is not quite normal” and descriptions of Carrie as “poor in looks” formed the basis of the argument that Carrie’s “feeble-mindedness” was hereditary. Thinking through the ways that representations of the Bucks were curated and challenged, this paper argues that eugenic discourse operates through a visual economy.