The Research Center for the Americas and Feminist Collective of Sisters in the Borderlands invite you to join us as we celebrate International Women’s Day with book talks by two leading feminist scholars. The first speaker is Dr. Ranita Ray of the University of Nevada, Las Vegas who will speak about her book The Making of a Teenage Service Class: Poverty and Mobility in an American City (University of California Press, 2017). The second speaker is Dr. Barbara Sutton of the University of Albany, SUNY who will speak about her book Surviving State Terror: Women’s Testimonies of Repression and Resistance in Argentina (New York University Press, 2018). Together, these books explore the critical themes of resistance, survival, intersectionality, and trauma/hardships in the Americas. 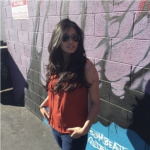 Ranita Ray is Assistant Professor of Sociology at the University of Nevada, Las Vegas. She is an ethnographer specializing in women of color feminisms, children and youth, urban inequalities, and education and policing. Her book, The Making of a Teenage Service Class: Poverty and Mobility in an American City (University of California Press, 2018), challenges common wisdom that targeting “risk behaviors” among youth such as drugs, gangs, violence, and teen parenthood is key to breaking the cycle of poverty. Ray has published several other articles and book chapters related to children/youth, urban inequalities, race, class and gender, and co-authored a book titled As The Leaves Turn Gold: Aging Experiences of Asian Americans (Rowman & Littlefield Publishers, 2012). Ray is currently preparing a book manuscript that draws on rigorous fieldwork to explore how the relationship between policing, race, class, and gender shapes schooling experiences and educational trajectories of children growing up in marginalized communities in Las Vegas. Ray is actively involved in community-oriented research projects, and co-founder of Heating Youth Voices—a Connecticut based youth led organization. 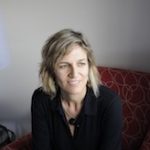 Barbara Sutton is an Associate Professor in the Department of Women’s, Gender, and Sexuality Studies at the University at Albany (SUNY). She is also affiliated with the departments of Sociology and of Latin American, Caribbean, and U.S. Latino Studies at the same institution. She earned a law degree from the University of Buenos Aires in Argentina (her country of origin) as well as a doctorate in sociology from the University of Oregon. Professor Sutton’s scholarly interests include body politics, global gender issues, state violence and human rights, collective memory, and women’s movements, particularly in Latin American contexts. Her book, Bodies in Crisis: Culture, Violence, and Women’s Resistance in Neoliberal Argentina (Rutgers University Press, 2010) received the 2011 Gloria E. Anzaldúa Book Prize by the National Women’s Studies Association. Her new book, Surviving State Terror: Women’s Testimonies of Repression and Resistance in Argentina, was published by NYU Press in the Spring of 2018.

Research Center for the Americas
Feminist Collective of Sisters in the Borderlands
Feminist Studies Department
Office for Diversity, Equity, and Inclusion