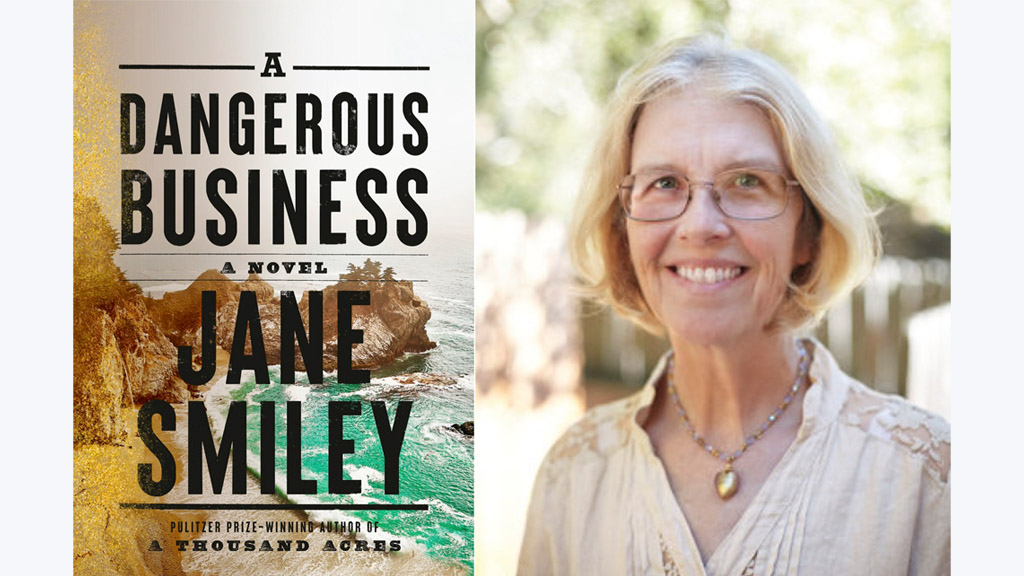 Pulitzer Prize-winning author Jane Smiley (A Thousand Acres) will visit Bookshop to read and sign copies of her new novel A Dangerous Business—a rollicking murder mystery set in Monterey in the 1850’s, in which two young prostitutes follow a trail of missing girls. Roxane Gay says, “The forthcoming Jane Smiley novel, A Dangerous Business, is so outstanding. Her sentences are sublime.” This event is co-sponsored by the Humanities Institute.

“A remarkable story of the California gold rush and a pair of sex worker sleuths . . . The vivid historical details and vibrant characters bring Smiley’s setting to glorious life. This seductive entertainment is not to be missed.”—Publishers Weekly

Monterey, 1851. Ever since her husband was killed in a bar fight, Eliza Ripple has been working in a brothel. It seems like a better life, at least at first. The madam, Mrs. Parks, is kind, the men are (relatively) well behaved, and Eliza has attained what few women have: financial security. But when the dead bodies of young women start appearing outside of town, a darkness descends that she can’t resist confronting. Side by side with her friend Jean, and inspired by her reading, especially by Edgar Allan Poe’s detective Dupin, Eliza pieces together an array of clues to try to catch the killer, all the while juggling clients who begin to seem more and more suspicious.

Eliza and Jean are determined not just to survive, but to find their way in a lawless town on the fringes of the Wild West–a bewitching combination of beauty and danger–as what will become the Civil War looms on the horizon. As Mrs. Parks says, Everyone knows that this is a dangerous business, but between you and me, being a woman is a dangerous business, and don’t let anyone tell you otherwise …

Jane Smiley is the author of numerous novels, including A Thousand Acres, which was awarded the Pulitzer Prize, and the Last Hundred Years Trilogy: Some Luck, Early Warning, and Golden Age. She is the author as well of several works of nonfiction and books for young adults. A member of the American Academy of Arts and Letters, she has also received the PEN Center USA Lifetime Achievement Award for Literature. She lives in Northern California.