This one-day workshop provides insights and training for individuals who wish to lead social change efforts. The workshop will be conducted by the Sikh Coalition, a community-based organization that works toward the realization of civil and human rights for all people, including Sikh-Americans. It will include sessions devoted to lobbying, media, legal remedies, and a case study on effective advocacy. The workshop will be highly interactive and will provide participants with concrete skills that will enable them to immediately begin advocating on major social and political issues. 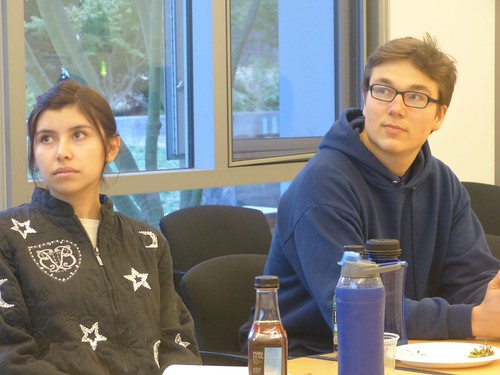 About the Workshop Trainers: Arjun Singh joined the Sikh Coalition in June 2015 as the Director of Law & Policy. In this role, he is responsible for advocating and promoting policy solutions to civil rights issues that impact Sikhs and the broader American public. His work focuses on government affairs on Capitol Hill, inside the White House, and across numerous federal agencies, including the Department of Justice, Department of Homeland Security, and Department of State. Additionally, Arjun is an integral contributor to our media relations, coalition building, and regional advocacy campaigns.

Arjun joins the Sikh Coalition with nearly a decade of litigation and advocacy experience focused on civil and human rights in Washington D.C. First, he spent six years working as a Government Affairs and Litigation Associate at the international law firm of Covington & Burling LLP, where his clients included victims of government profiling, national security detainees, and criminal defendants on death row. More recently, Arjun worked as a National Legislative Counsel for human rights and national security related affairs at the American Civil Liberties Union (ACLU). He is a regular contributor to national media outlets like Al Jazeera America, CNN, the Washington Post, and USA Today, and is also an adjunct professor at Georgetown University Law Center, where he teaches a course on 21st century policing and surveillance.

Arjun is a graduate of New York University School of Law and the Edmund A. Walsh School of Foreign Service at Georgetown University. Harjit initially joined the Sikh Coalition as a graduate of the Sikh Advocate Academy, Class of 2012. In her role as a Volunteer Sikh Advocate, she supported key initiatives such as the passage of the Workplace Religious Freedom Act of California and became a member of the Sacramento Area Hate Crimes Task Force at the U.S. Department of Justice

Prior to joining the Sikh Coalition, she was a part of the criminal defense team in a recent landmark case, led by Mani Sidhu, Esq., in which a battered South Asian woman in Yuba City was acquitted of first degree murder due to self-defense and the defense of her unborn female child. She currently serves as a board member of the Sacramento South Asian Bar Association and is the board secretary for the Sacramento Valley Charter School. She is also an adjunct professor and advisory committee board member for the legal assisting program at American River College.

Harjit earned her J.D. from the University of the Pacific, McGeorge School of Law in 2011 and is licensed to practice in California. Harjit obtained her Bachelor of Arts in Political Science from Sonoma State University.