Lisa Snyder: "The Devil is in the Detective Work: Researching and Reconstructing Cultural Heritage Sites with Special Emphasis on The World’s Columbian Exposition of 1893"

One might argue that the creation of a computer reconstruction of a cultural heritage site requires a curious mix of academic training, detective work, and obsession. Unlike automated or algorithmic technologies that record extant sites and artifacts, building a three-dimensional computer model of an ephemeral or long-demolished environment combines traditional historical methods with new technologies and results in an entirely new form of scholarly publication. Rather than a printed monograph, the hours spent in search of obscure details buried in primary source materials or pouring over archival manuscripts and photographs are transformed into an interactive learning environment for interrogation by students and secondary scholars. Using her computer reconstruction of the World’s Columbian Exposition of 1893 as a case study, Snyder will address the process of researching and reconstructing historic urban environments, the challenges of translating multi-media research materials into a cohesive computer model, and the opportunities for teaching and learning afforded by this new form of scholarship. (And, yes, obsession will be discussed.)

Lisa M. Snyder (Ph.D. UCLA) is an architectural historian and research scholar with UCLA’s Institute for Digital Research and Education (IDRE) and is an Associate Editor of Digital Studies / Le Champ Numérique. From 1996 – 2013 she was a senior member of the Urban Simulation Team at UCLA. Snyder’s primary research is on educational applications for three-dimensional computer models of historic urban environments. She developed the reconstruction model of the Herodian Temple Mount installed in 2001 at the Davidson Center in Jerusalem, and is currently working on a reconstruction model of the 1893 World’s Columbian Exposition that is shown regularly at Chicago’s Museum of Science and Industry. In 2010 she received an NEH-Digital Humanities Start-Up grant (HD-50958-10) for the development of a software interface (VSim) that provides users with the ability to craft narratives in three-dimensional space as well as the ability to embed annotations and links to primary and secondary resources and web content from within the environments. This work is continuing under an NEH Digital Humanities Implementation Grant (HK-50164-14). Snyder is also co-PI on “Advanced Challenges in Theory and Practice in 3D Modeling of Cultural Heritage Sites,” an NEH Summer Institute being hosted at UMass Amherst in June 2015 and at UCLA in June 2016 (HT-50091-14). 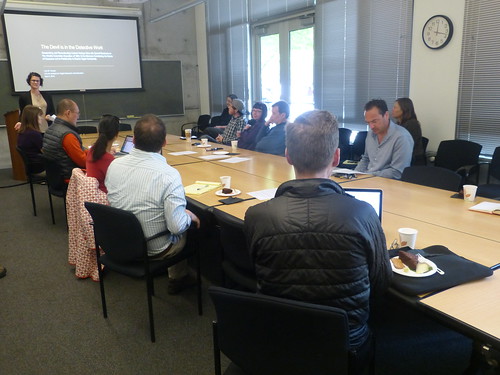