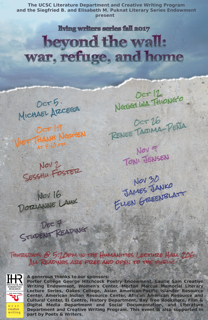 Professor Renee Tajima-Peña is an Academy Award-nominated filmmaker whose credits include the documentaries, Calavera Highway, Skate Manzanar, Labor Women, My America…or Honk if You Love Buddha and Who Killed Vincent Chin? Her films have premiered at the Cannes, Locarno, New Directors/New Films, San Francisco, Sundance and Toronto film festivals and the Whitney Biennial.

Her current works are the documentary and transmedia project, No Más Bebés Por Vida (No More Babies For Life) about the sterilization of Mexican-origin women at Los Angeles County-USC Medical Center during the 1960s and 70s, and an interactive history documentary and video game-based learning project on the World War II incarceration of Japanese Americans, Building History 3.0.

Tajima-Peña has been deeply involved in the Asian American independent film community as an activist, writer and filmmaker.  She was the director at Asian Cine-Vision in New York and a founding member of the Center for Asian American Media (formerly National Asian American Telecommunications Association.  As a writer, she was a film critic for The Village Voice, a cultural commentator for National Public Radio and editor of Bridge: Asian American Perspectives.