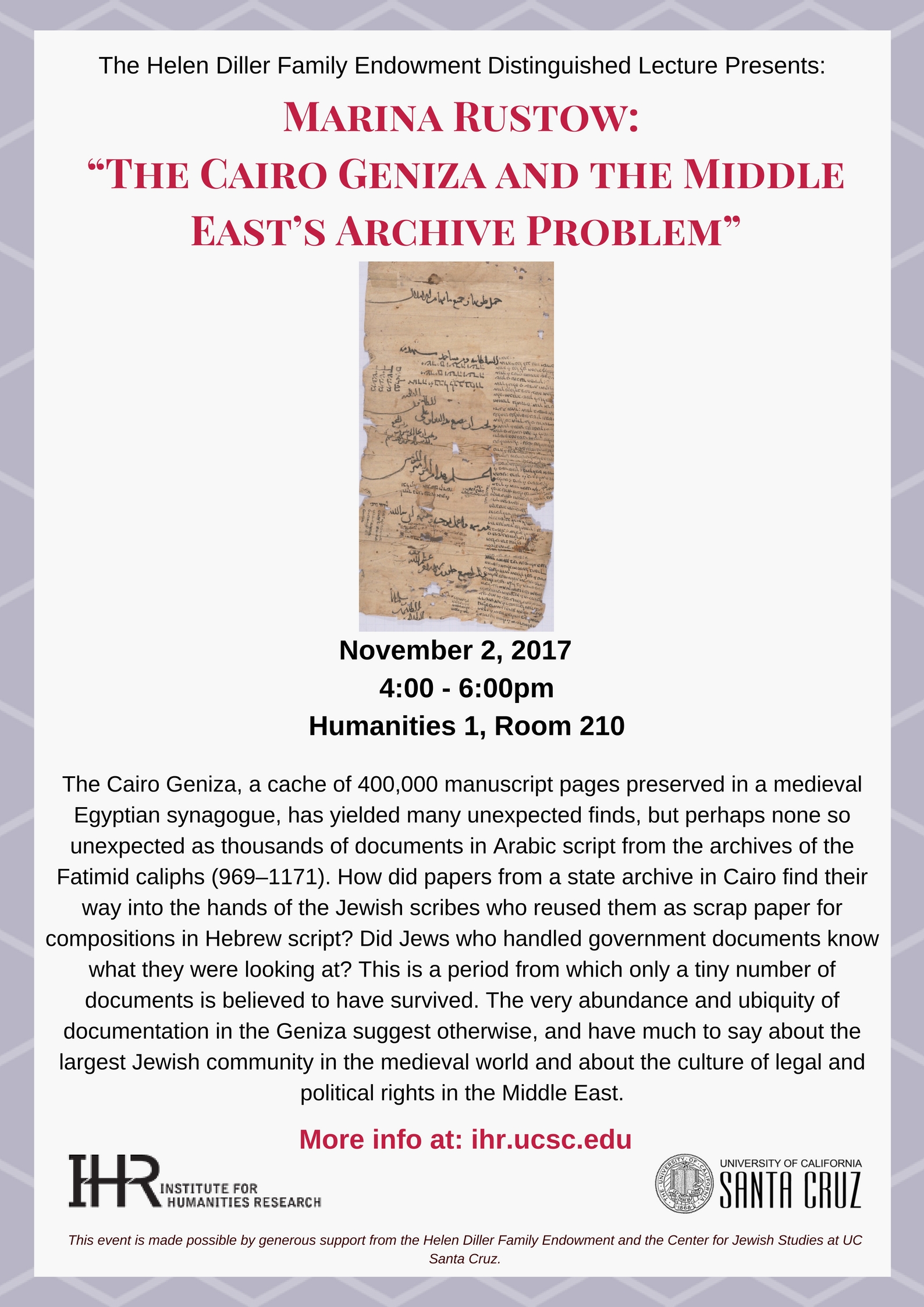 The Cairo Geniza, a cache of 400,000 manuscript pages preserved in a medieval Egyptian synagogue, has yielded many unexpected finds, but perhaps none so unexpected as thousands of documents in Arabic script from the archives of the Fatimid caliphs (969–1171). How did papers from a state archive in Cairo find their way into the hands of the Jewish scribes who reused them as scrap paper for compositions in Hebrew script? Did Jews who handled government documents know what they were looking at? This is a period from which only a tiny number of documents is believed to have survived. The very abundance and ubiquity of documentation in the Geniza suggest otherwise, and have much to say about the largest Jewish community in the medieval world and about the culture of legal and political rights in the Middle East. 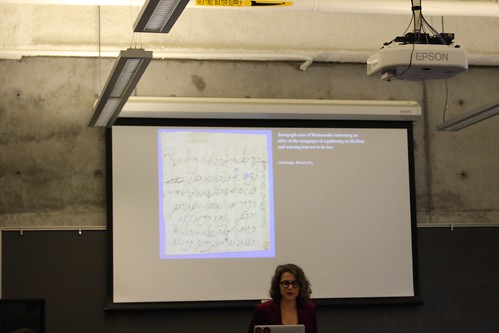 Marina Rustow is the Khedouri A. Zilkha Professor of Jewish Civilization in the Near East and Professor of History at Princeton University, where she also directs the Princeton Geniza Lab. She is the author of Heresy and the Politics of Community: The Jews of the Fatimid Caliphate (2008). In 2015, she was named a MacArthur Fellow.

Every year, we honor Helen Diller, whose generous endowment continues to provide crucial support to Jewish Studies at UC Santa Cruz by hosting a public lecture series on campus by an internationally recognized scholar. This event is made possible by generous support from the Helen Diller Family Endowment and the Center for Jewish Studies at UC Santa Cruz.

Please direct any questions or disability accommodation requests to ihr@ucsc.edu or 831-459-1274.