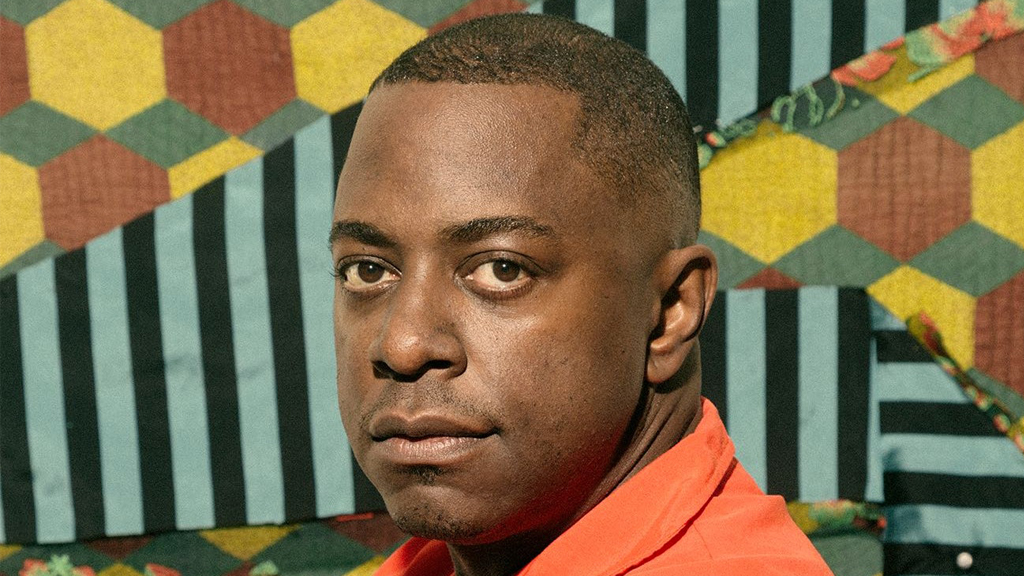 Sandord Biggers is a Harlem-based artist whose work speaks to current social, political and economic happenings. For this Visualizing Abolition event, Biggers will be joined by visual culutre theorist Leigh Raiford for a conversation about art, materiality, violence, and possibility.

Sanford Biggers’ work is an interplay of narrative, perspective and history that speaks to current social, political and economic happenings and the contexts that bore them. His diverse practice positions him as a collaborator with the past through explorations of often overlooked cultural and political narratives from American history. Biggers’ has exhibited work in galleries including the Museum of Modern Art, New York, the Tate Modern, London, and the Whitney Museum of American Art, New York.

Leigh Raiford is Associate Professor of African American Studies at the University of California at Berkeley, where she teaches and researches about race, gender, justice and visuality. She also serves as affiliate faculty in the Program in American Studies, and the Department of Gender and Women’s Studies. Raiford received her PhD from Yale University’s joint program in African American Studies and American Studies in 2003. Raiford is the author of Imprisoned in a Luminous Glare: Photography and the African American Freedom Struggle (University of North Carolina Press, 2011), which was a finalist for the Berkshire Conference of Women Historians Best Book Prize and her work has appeared in numerous academic journals, including American Quarterly, Small Axe, Qui Parle, History and Theory, English Language Notes and NKA: Journal of Contemporary African Art; as well as popular venues including Artforum, Aperture, Ms. Magazine, Atlantic.com and Al- Jazeera.com.