Recent political trends not just in the United States but globally have led to speculation about the resurgence of authoritarianism and an “authoritarian personality.” As the usual orientations of Left and Right held in place by a liberal status quo begin to falter, social science looks for new frameworks through which to describe these political phenomena and to analyze the kind of challenge they pose to existing liberal or neoliberal institutions. With this paper, I argue that these contemporary political currents revive older debates about state legitimation and the terms on which to construe “the people.” In the wake of a neoliberalism has reduced political and moral vocabularies to a financial language of risk and exposure, politics seeks new sources of psycho-social investment that would reframe classic relations of care and obligation. To think through this political conjuncture, I draw on Michel Foucault and the relational school of psychoanalysis. I argue that these contemporary political trends direct us towards those “switch points of power” in which relations of power have become unstable and thus capable of being redirected. These switch points potentially open up for revision those authorial practices that sustain or undo the status quo. 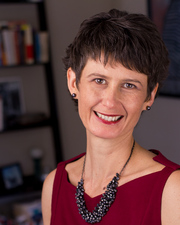 Nancy Luxon is an associate professor in Political Science at the University of Minnesota, Twin Cities. Her work in contemporary political and social theory concentrates on questions of power, subjectivity, and truth-telling. She came to these themes from a preoccupation with those practices that organize the interstices of political spaces – namely, the spaces between personal and political practices, between political conditions of possibility and psychic interiority, and between past and future. Her first book, Crisis of Authority (2013), considers political authority as a political and psychological process in which individuals come to author themselves, and so to act within and against relations of hierarchy. More recently, she has edited a translation of Arlette Farge and Michel Foucault’s Disorderly Families (2017), along with a companion scholarly volume, Archives of Infamy (2019), and Foucault’s lectures at Berkeley, Discourse and Truth (2019). Her current work is on Fanon and désaliénation.