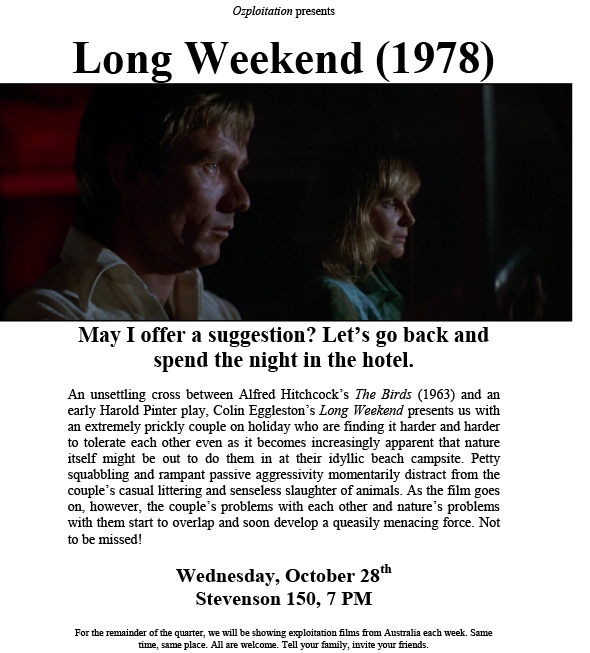 An unsettling cross between Alfred Hitchcock’s The Birds (1963) and an early Harold Pinter play, Colin Eggleston’s Long Weekend presents us with an extremely prickly couple on holiday who are finding it harder and harder to tolerate each other even as it becomes increasingly apparent that nature itself might be out to do them in at their idyllic beach campsite. Petty squabbling and rampant passive aggressivity momentarily distract from the couple’s casual littering and senseless slaughter of animals. As the film goes on, however, the couple’s problems with each other and nature’s problems with them start to overlap and soon develop a queasily menacing force. Not to be missed!