Prof and a Pint: “Polarization and Public Discourse: How We Got Here and What We Do Now”

Political discourse in the United States is devolving. From social media to Washington D.C. closed-mindedness, confirmation bias, and agenda-driven reasoning are undermining the possibility for constructive dialogue. Where do these destructive tendencies come from? Are they the result of a person’s upbringing, or intelligence, or education? A matter of their character? Our research is beginning to provide answers to these questions, and these answers have profound, sometimes surprising, implications for the future of our country.

Please join us for a presentation and conversation to learn how the Center for Public Philosophy at UC Santa Cruz is fostering more thoughtful and engaged communities of thinkers, doers, and change-makers by using philosophy and cognitive science to teach us all—especially the next generations—how to think and talk to one another differently.

The Center for Public Philosophy is a research center within The Humanities Institute at UC Santa Cruz. Please RSVP 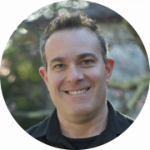 Jon Ellis is an Associate Professor of Philosophy at UC Santa Cruz and founding director of the Center for Public Philosophy. His current research is on motivated reasoning (cognitive dissonance, rationalization, self-deception, etc.) and, in particular, on the role it plays in especially intelligent, reflective, and sincere thinkers. He teaches a wide variety of undergraduate and graduate level courses at UC Santa Cruz, and has published on a broad range of topics including perception, language, color, skepticism, interpretation, and rationalization. He received his Ph.D. in Philosophy from UC Berkeley in 2002. 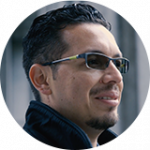 Juan Ruiz earned degrees in Philosophy and Critical Race & Ethnic Studies at UC Santa Cruz in 2017, and is currently a master’s degree student in the Philosophy Department. He has been an active High School Ethics Bowl coach for under-served schools in Watsonville, San Jose, and Santa Cruz, CA. Ruiz co-authored the AB540 Student Emergency Fund, an addendum to CA AB540 Non-Resident Tuition Fee Waiver, which allocates $300,000 of unrestricted emergency funds for undocumented students on the UC Santa Cruz campus; and co-founded UCSC’s Minorities and Philosophy chapter. Ruiz received the Chancellor’s Achievement Award for Diversity as a result of furthering diversity, inclusion, and excellence at UC Santa Cruz.