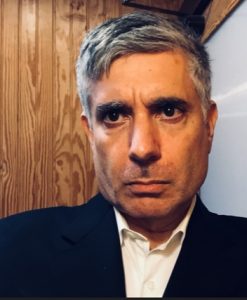 The Puzzle of Transparency
As you and I are out for a walk, I notice that the sky is getting cloudier and so I ask you “do you believe that it’s going to rain?” In response to this question, you normally do not pay attention to your own states of mind, but rather to the way the sky looks and the air feels. But if I’m asking about what you believe, then shouldn’t you pay attention to your own state of mind, instead of to your perceptible environment? Some philosophers claim that, when I utter the interrogative sentence “do you believe that it’s going to rain?”, I’m not curious about your state of mind, but only about the weather. But this is false: I could ask you the very same question even if I happen to know perfectly well that it’s going to rain, and I’m just curious what you make of the current weather conditions. So, if I’m asking about your beliefs, why do you normally answer me by paying attention to the weather instead of paying attention to your state of mind? In order to answer this question, I argue, we will have to admit that the capacity to represent one’s own mental states can make a metaphysical difference to the nature of those states.

Ram Neta is a Professor of Philosophy at The University of North Carolina at Chapel Hill. He specializes in epistemology and is currently at work on a book on the nature of knowledge. In particular, he is trying to understand what knowledge is by examining the various ways in which knowing some things depends upon knowing other things.

Advanced Reading: The Puzzle of Transparency