Rita Lucarelli: "Ghosts and the Restless Dead in Ancient Egypt" 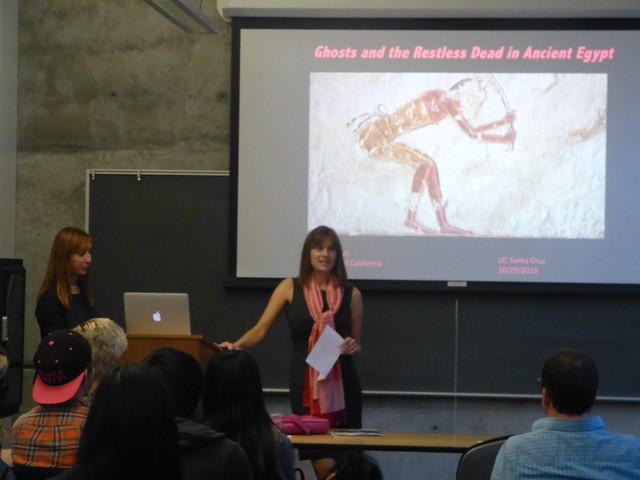 “Ghosts and the Restless Dead
in Ancient Egypt”

The beliefs in ghosts and spirits of the dead are widespread in world religions. In ancient Egypt, however, there is a certain inconsistency when mentioning the manifestations of the dead in magical and religious texts.

This paper will present and discuss the various evidence, which may indicate ghosts, revenants and evil dead in the spells and objects used in everyday magic as well as in mortuary compositions such as the ancient Egyptian Book of the Dead.

Rita Lucarelli studied at the University of Naples “L’Orientale,” Italy, where she received her MA degree in Classical Languages and Egyptology. She holds her Ph.D. from Leiden University, the Netherlands (2005). Her Ph.D. thesis was published in 2006 as The Book of the Dead of Gatseshen: Ancient Egyptian Funerary Religion in the 10th Century BC.

She was a Visiting Research Scholar at the Italian Academy of Advanced Studies of Columbia University (2009) and at the Institute for the Study of the Ancient World (ISAW) of NYU (2012).

Until June 2014 she worked as a Research Scholar and a Lecturer (Wissenschaftliche Mitarbeiterin) at the Department of Egyptology of Bonn University, and she held a part-time position as a Lecturer of Egyptology at the University of Bari in Italy.

Rita Lucarelli is currently writing a monograph on demonology in ancient Egypt and she is one of the coordinators of the Ancient Egyptian Demonology Project: http://www.demonthings.com.