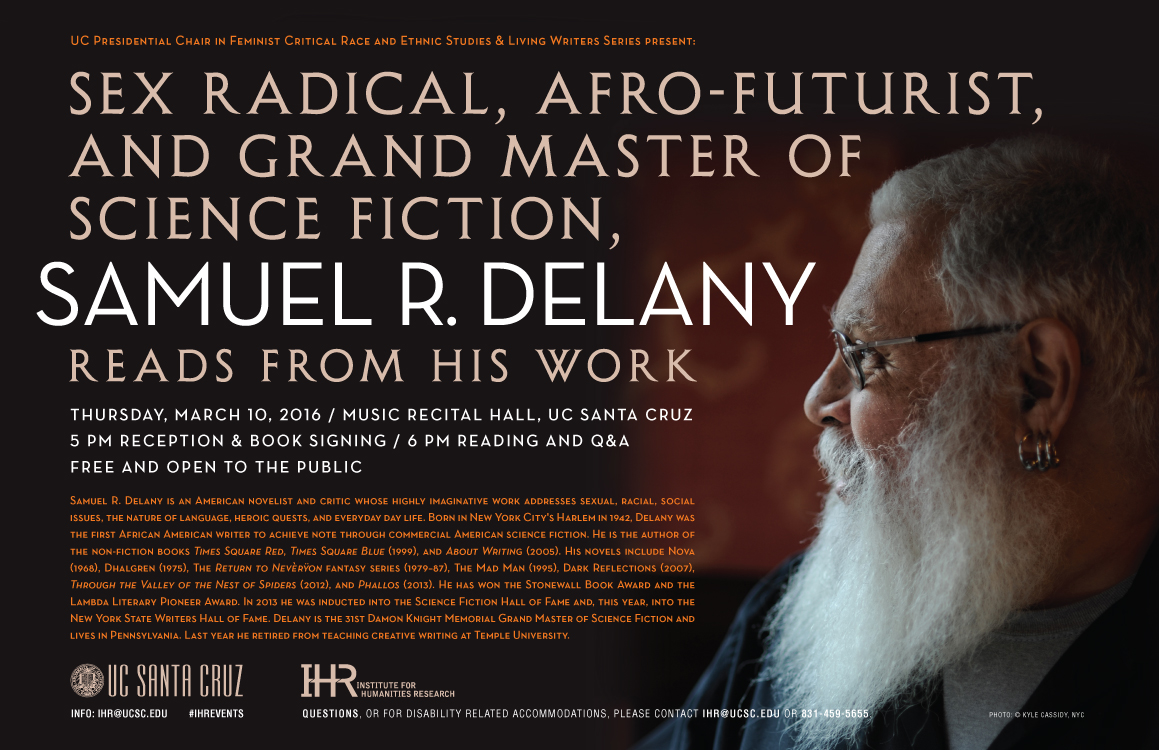 Samuel R. Delany is an American science-fiction novelist and critic whose highly imaginative works address sexual, racial, and social issues, heroic quests, and the nature of language. Born in New York City’s Harlem in 1942, Delany was the first African American writer to achieve note through commercial american science fiction. He is the author of the non-fiction books Times Square Red, Times Square Blue (1999), and About Writing (2005). His novels include Nova (1968), Dhalgren (1975), The Return to Nevèrÿon Fantasy Series (1979-87), The Mad Man (1995), Dark Reflections (2007), Through the Valley of the Nest of Spiders (2012), and Phallos (2013). He has won the Stonewall Book Award and the Lambda Literary Pioneer Award. In 2002 he was inducted into the Science Fiction Hall of Fame and, this year, into the New York State Writers Hall of Fame. He is the 31st Damon Knight Memorial Grand Master of Science Fiction and lives in Pennsylvania. Last year he retired from teaching creative writing at Temple University. 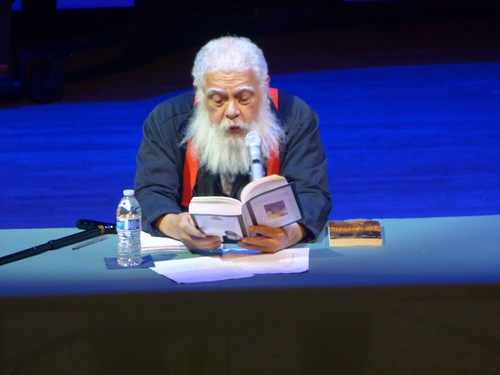