This talk will assess the impact of the 1916 Easter Rising on a variety of anticolonial movements beyond Ireland and the Irish diaspora, focusing on New York City, long recognized as the overseas capital of Irish nationalist agitation and mobilization. But New York played a similar role for a variety of other descent groups and diasporas as well. After an overview of some of these non-Irish groups in the city (including African Americans and South Asians), this topic will be placed in the context of World War I and post-war efforts to end colonialism and foster self-determination for nations around the world. While some historians have emphasized the role of U.S. President Woodrow Wilson’s ideas in these efforts, this talk will demonstrate the centrality of the Easter Rising and the subsequent Irish Revolution, as understood by both Irish and non-Irish intellectuals and political activists in the increasingly cosmopolitan city of New York. 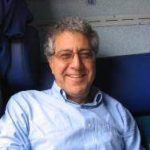 David Brundage is Professor of History at UC Santa Cruz and is currently Chair of UCSC’s Academic Senate. He has published widely in the areas of U.S. immigration and labor history and the history of the Irish diaspora, and is the author, most recently, of Irish Nationalists in America: The Politics of Exile, 1798–1998 (Oxford University Press, 2016), selected as a Choice Magazine “Outstanding Academic Title” of the year and described by the Irish Times as a major work that “challenges us to rethink the history of Irish nationalism and its far-flung supporters, and to ponder its present and future.” He is finishing up a new book, tentatively entitled New York Against Empire: Challenging British Colonialism in a Time of War and Revolution, 1910–1927, which investigates New York City as a “contact zone” that brought together anticolonial activists from across the globe.