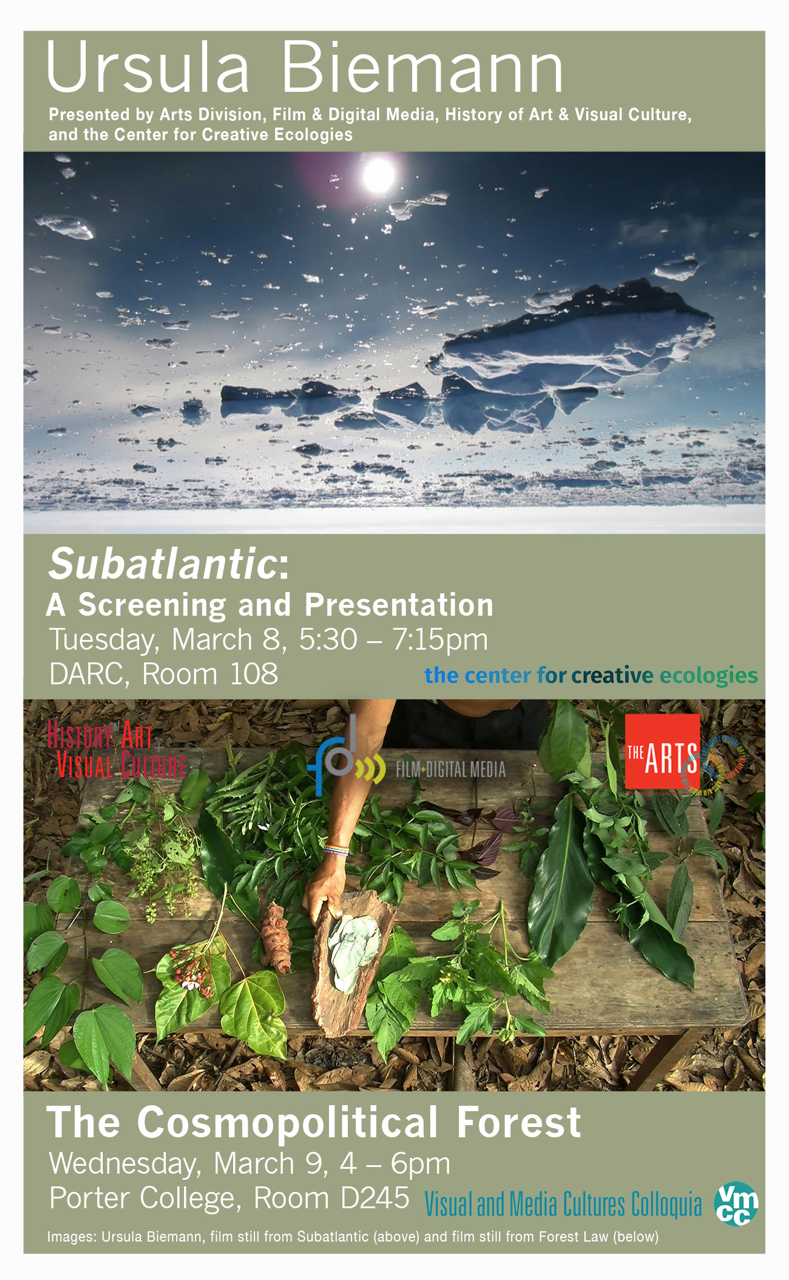 Subatlantic: A Screening and Presentation

Swiss video practitioner Ursula Biemann will screen and discuss her recent speculative SF video essay Subatlantic (2015), addressing, among related works and topics, the interdisciplinary-discursive ecotone of geology and climatology merged with human politics and history, as well as her essayistic storytelling and creative imaging. Set in the Shetland Islands, Greenland’s Disco Bay and on a tiny Caribbean Island, and occurring at the end of the 2,500 year old Holocene epoch, the video’s relational eco-geography captures moments of aquatic flows through invisible ocean streams and melting Arctic icescapes, and reads this interconnected system as both a hyperobject (one of an expanded geo-space-time, as Timothy Morton writes), and a modeling of intensive science and virtual philosophy (as according to Manuel De Landa). This event will compliment Biemann’s presentation in the Visual and Media Cultures Colloquium the following afternoon: