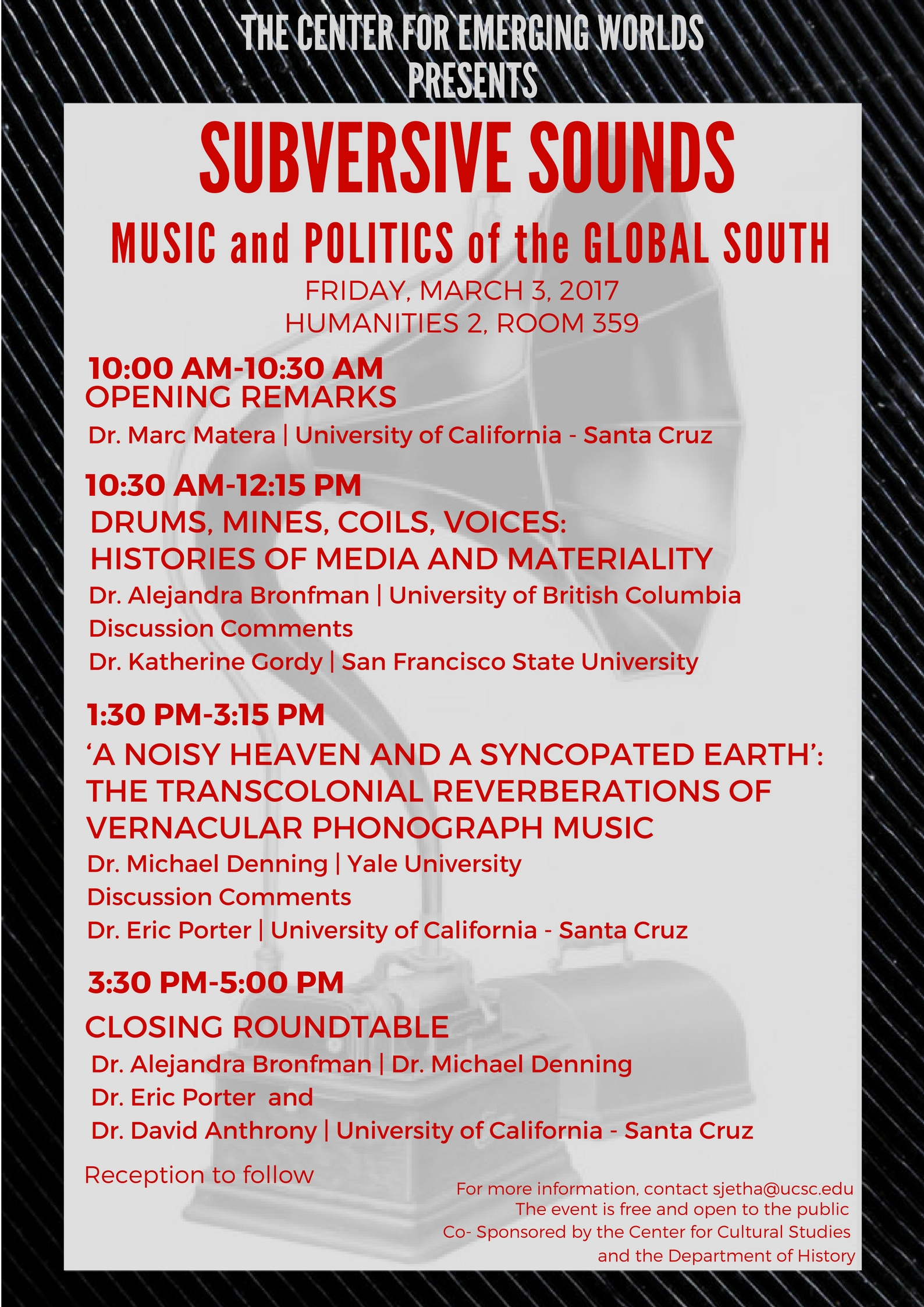 The Center for Emerging Worlds presents Subversive Sounds: Music and Politics of the Global South

The Center for Emerging Worlds presents

Subversive Sounds: Music and Politics of the Global South

During the final decades of the major European empires and at the beginning of a century of American hegemony, the advent of electrical sound recording, and the spread of the radio broadcasting gramophone records generated new spaces and modalities of cultural circulation and political discourse. Port cities around the globe, in particular, produced hybrid musical forms that inspired imitators and innovators elsewhere. From the end of World War I to the present, new telecommunications technologies have served as instruments of power, means of manufacturing consent, and media of political and commercial colonization, while vernacular musics and recordings of political speeches and sermons have carried insurgent, otherworldly visions in opposition to empire. While textuality, printed media, and visual culture conventionally receive more attention, this daylong conference foregrounds soundscapes and the anticolonial audiopolitics of the Global South.