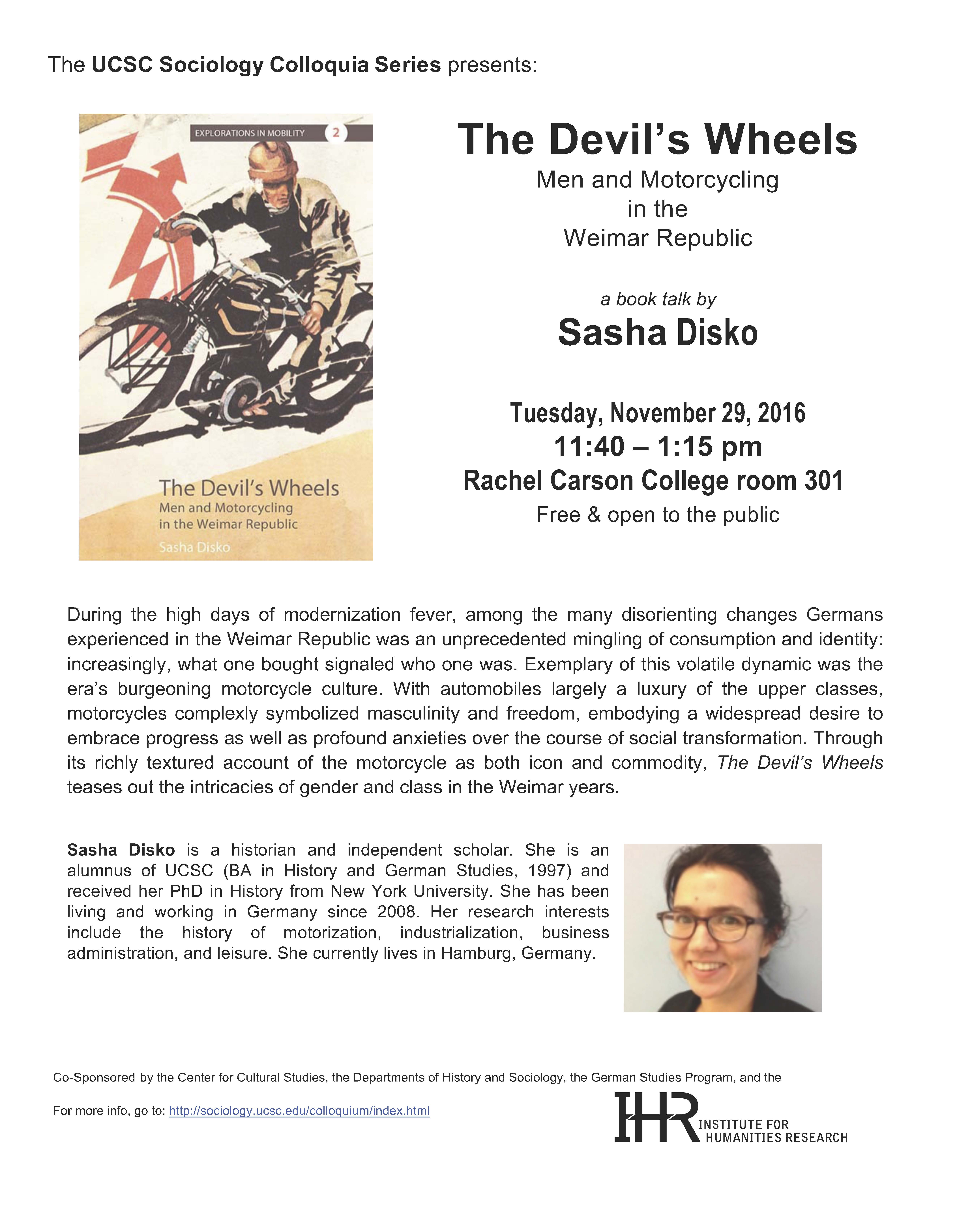 The Devil’s Wheels: Men and Motorcycling in the Weimar Republic

During the high days of modernization fever, among the many disorienting changes Germans experienced in the Weimar Republic was an unprecedented mingling of consumption and identity: increasingly, what one bought signaled who one was. Exemplary of this volatile dynamic was the era’s burgeoning motorcycle culture. With automobiles largely a luxury of the upper classes, motorcycles complexly symbolized masculinity and freedom, embodying a widespread desire to embrace progress as well as profound anxieties over the course of social transformation. Through its richly textured account of the motorcycle as both icon and commodity, The Devil’s Wheels teases out the intricacies of gender and class in the Weimar years.

Sasha Disko is a historian and independent scholar. She is an alumnus of UCSC (BA in History and German Studies, 1997) and received her PhD in History from New York University. She has been living and working in Germany since 2008. Her research interests include the history of motorization, industrialization, business administration, and leisure. She currently lives in Hamburg, Germany.