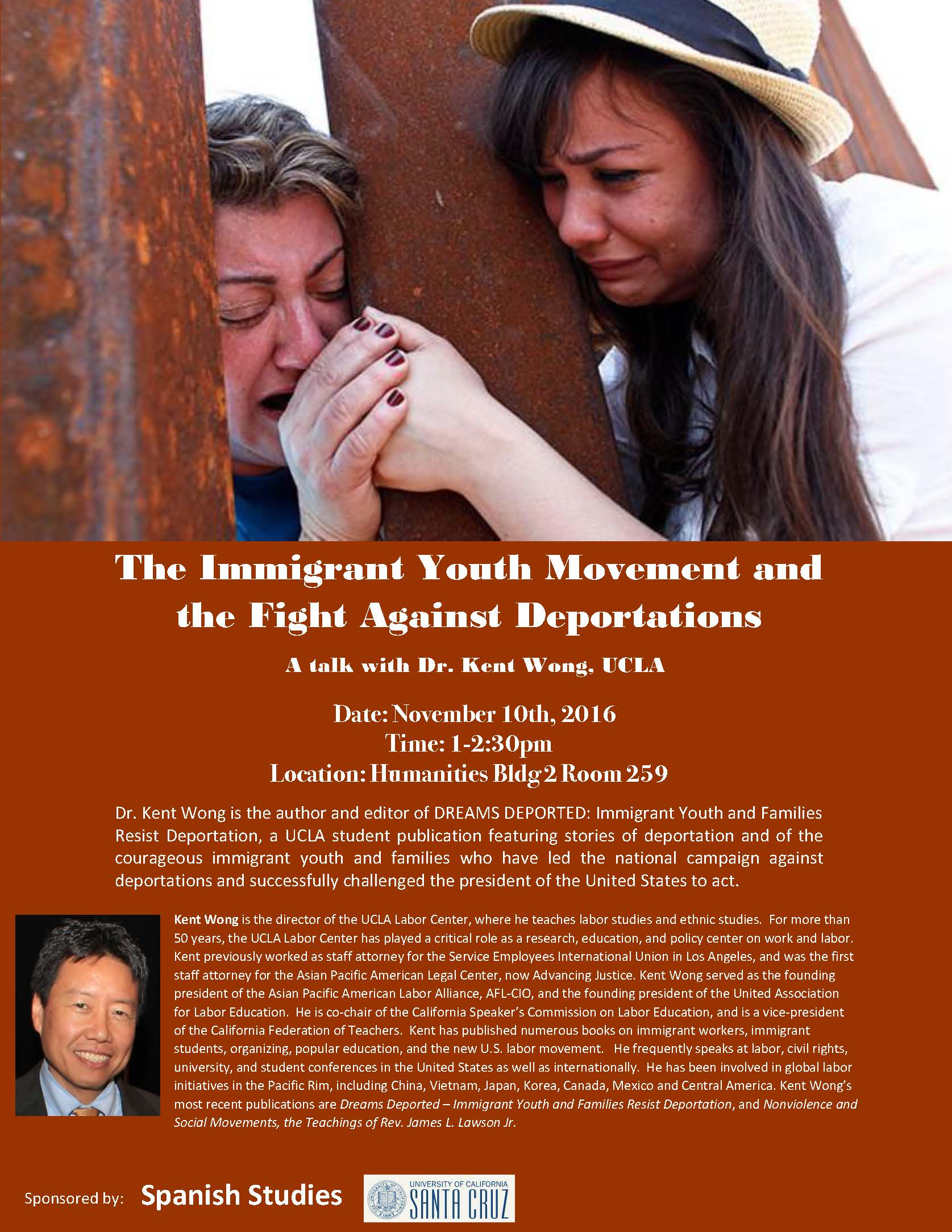 The Immigrant Youth Movement and the Fight Against Deportations: A Talk with Dr. Kent Wong

Dr. Kent Wong is the author and editor of DREAMS DEPORTED: Immigrant Youth and Families Resist Deportation, a UCLA student publication featuring stories of deportation and of the courageous immigrant youth and families who have led the national campaign against deportations and successfully challenged the president of the United States to act.

Kent Wong is the director of the UCLA Labor Center, where he teaches labor studies and ethnic studies. For more than 50 years, the UCLA Labor Center has played a critical role as a research, education, and policy center on work and labor. Kent previously worked as staff attorney for the Service Employees International Union in Los Angeles, and was the first staff attorney for the Asian Pacific American Legal Center, now Advancing Justice. Kent Wong served as the founding president of the Asian Pacific American Labor Alliance, AFL-CIO, and the founding president of the United Association for Labor Education. He is co-chair of the California Speaker’s Commission on Labor Education, and is a vice-president of the California Federation of Teachers. Kent has published numerous books on immigrant workers, immigrant students, organizing, popular education, and the new U.S. labor movement. He frequently speaks at labor, civil rights, university, and student conferences in the United States as well as internationally. He has been involved in global labor initiatives in the Pacific Rim, including China, Vietnam, Japan, Korea, Canada, Mexico and Central America. Kent Wong’s most recent publications are Dreams Deported – Immigrant Youth and Families Resist Deportation, and Nonviolence and Social Movements, the Teachings of Rev. James L. Lawson Jr.