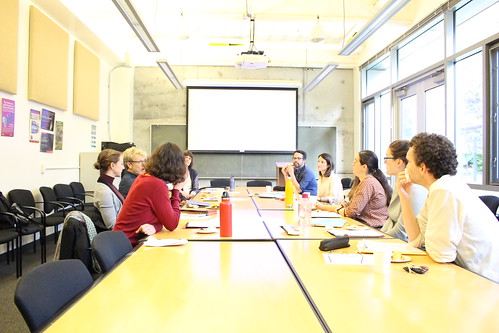 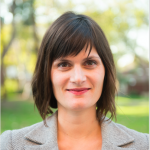 Olivia C. Harrison is Associate Professor of French and Comparative Literature at the University of Southern California. She is the author of Transcolonial Maghreb: Imagining Palestine in the Era of Decolonization (Stanford 2016) and co-editor of Souffles-Anfas: A Critical Anthology from the Moroccan Journal of Culture and Politics (Stanford 2016). Her manuscript-in-progress, Banlieue Palestine: Indigenous Critique in Postcolonial France, charts the emergence of the Palestinian question in France, from the anti-racist movements of the late 1960s to contemporary art and activism. She is currently researching the recuperation of minority discourses by the French far and alt right for a book tentatively titled The White Minority.

Professor Harrison will be presenting the last chapter of her current book manuscript, Banlieue Palestine: Indigenous Critique in Postcolonial France, which examines the central importance of the Palestinian question in French politics, society, and culture. It is a testament to the pervasiveness of (post)colonial discourses on migration that the trope of the migrant as stranger-foreigner is ubiquitous even in anti-xenophobic discourses about the migrant “crisis.” What she call instead the migrant question – the production of a dehistoricized discourse of crisis about the “invasion” of France by colonial subjects-turned-foreigners – is a through line in representations of Palestine in postcolonial France, from Mohamed arfad valiztek to Genet’s unpublished film script, Sakinna Boukhedenna’s Journal: Nationalité “Immigré(e)”, Mohamed Rouabhi’s El menfi / L’exilé, and the street art of the “Palestine generation.” Already a key concern in the early 1970s when anti-racist activists began invoking Palestine as rallying cry, the migrant question has taken on even more urgency in recent years. This chapter is devoted to Palestine and the migrant question.