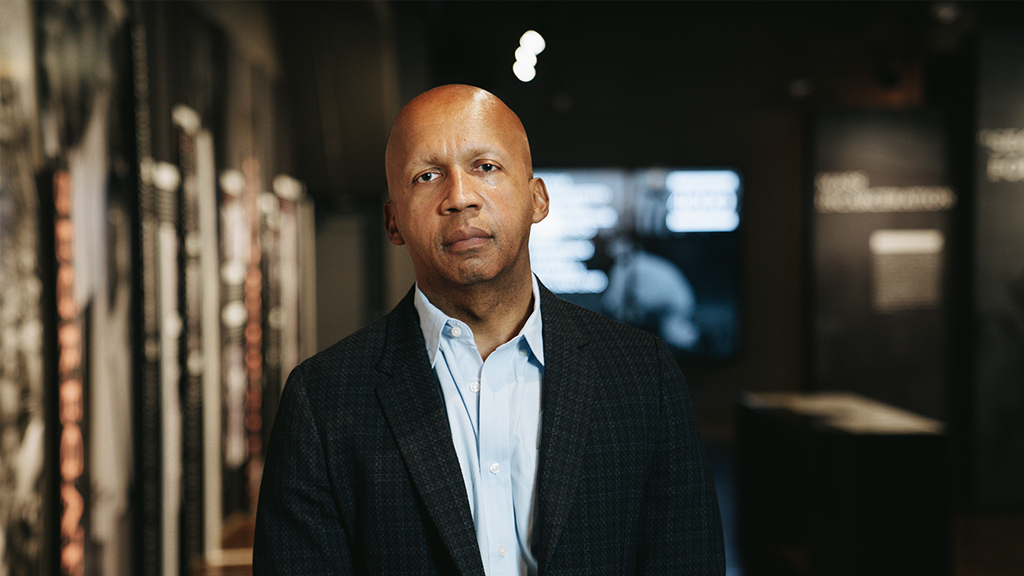 Founder/executive director of the Equal Justice Initiative (EJI) Bryan Stevenson is the featured speaker for the second event in Visualizing Abolition, joining Gina Dent for a conversation about art, culture, and activism.

Bryan Stevenson is a widely acclaimed public interest lawyer who has, over the last two decades, tirelessly worked to challenge the racial and economic injustices of mass incarceration in the United States. Stevenson has also been at the forefront of the creation of two cultural sites, The Legacy Museum and The National Memorial for Peace and Justice. For Visualizing Abolition, Stevenson will discuss how those institutions relate to his legal social justice initiatives. The wide-ranging conversation with Professor Dent will focus on the role images, art, and culture can have in how people see and understand the legacies of history, as well as how re-envisioning history can enliven contemporary struggles against racial inequality and the criminal justice system.