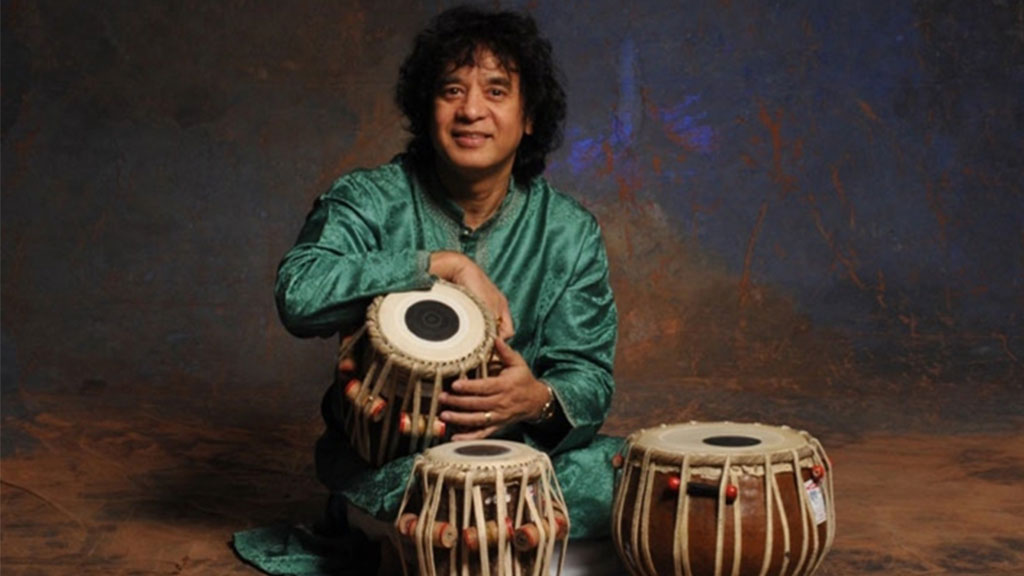 Zakir Hussain is appreciated as one of the greatest musicians of our time. A classical tabla virtuoso of the highest order, his consistently brilliant and exciting performances have established him as a national treasure in India and he is one of India’s reigning cultural ambassadors. Along with his legendary father and teacher, Ustad Allarakha, he has elevated the status of his instrument both in India and around the world. His playing is marked by uncanny intuition and masterful improvisational dexterity, founded in formidable knowledge and study. Widely considered a chief architect of the contemporary world music movement, Hussain’s contribution to world music has been unique, with many historic collaborations, including Shakti, which he founded with John McLaughlin and L. Shankar, and recordings/performances with artists as diverse as George Harrison, YoYo Ma, Joe Henderson, Van Morrison, and the Kodo drummers. Hussain presents his Masters of Percussion project on this concert date. Zakir Hussain Website

This event is co-sponsored by Kuumbwa Jazz and The Humanities Institute.