On February 12, 2020, The Humanities Institute held a screening of Free Men (Les hommes libres), a 2011 French film written and directed by Ismaël Ferroukhi, which recounts the largely untold story about the role that Algerian and other North African Muslims in Paris played in the French resistance and as rescuers of Jews during the German occupation (1940–1944). It features two historic figures: Si Kaddour Benghabrit, rector of the Grand Mosque of Paris, and Salim Halali, an Algerian Jewish singer. The film stars Tahar Rahim playing a fictional young Algerian and Michael Lonsdale as the rector.

Co-sponsored by the Center for Jewish Studies. Funding provided by the Nufeild Levin Chair in Holocaust Studies. 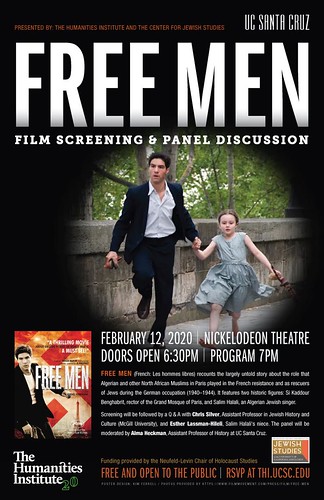