On February 20th, 2019, James Loeffler presented the annual Helen Diller Distinguished Lecture in Jewish Studies titled “The Right to Be Heard: Jews, Human Rights, and Global Democracy” at UC Santa Cruz. He drew on his new book, Rooted Cosmopolitans: Jews and Human Rights in the Twentieth Century, to revisit the 1948 moment in which modern human rights was born. His talk also addressed the challenges and opportunities for minorities and stateless peoples by focusing on Jewish human rights pioneers who saw the Jewish state as an expression of global democracy. Leoffler explored where Human Rights come from, how Jews are part of the story, and if Zionism is in conflict with the modern Human Rights movement.

THI spoke with Loeffler about his book, the gap between the language of human rights and international law, the Israeli-Palestinian conflict, and what a non-Jewish audience might get out of his lecture. 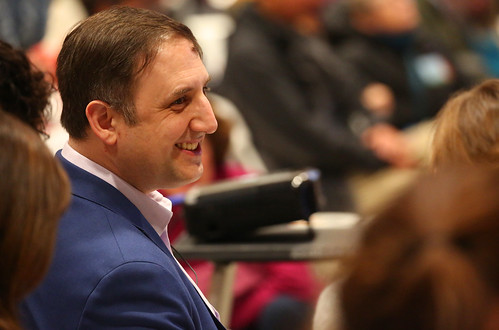 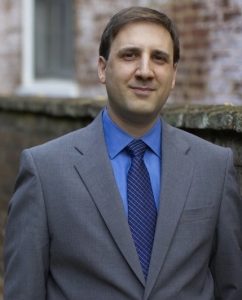 James Loeffler is Jay Berkowitz Professor of Jewish History at the University of Virginia in Charlottesville. Between 2013 and 2015 he was a Mellon Foundation New Directions Fellow in International Law and Dean’s Visiting Scholar at the Georgetown University Law Center. At UVa he teaches courses in Jewish and European history, Russian and East European history, international legal history, and the history of human rights.

Every year, we honor Helen Diller, whose generous endowment continues to provide crucial support to Jewish Studies at UC Santa Cruz, by hosting a public lecture on campus by an internationally recognized scholar.

This event was part of the THI Data and Democracy Initiative, a project of Expanding Humanities, funded by the Andrew W. Mellon Foundation. It was co-presented by The Humanities Institute and The Center for Jewish Studies.