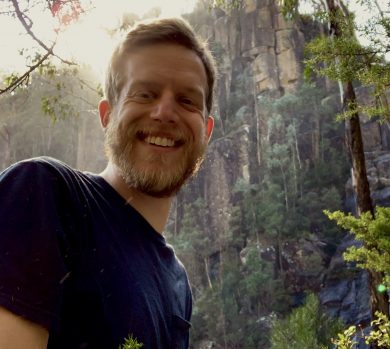 Andrew Hedding is a PhD Candidate in the Linguistics Department at UC Santa Cruz. As a theoretical syntactician and fieldworker, he studies the information structures of languages – in particular San Martín Peras Mixtec, a language primarily spoken in Oaxaca. In addition to his research, Hedding collaborates with speakers of Mixtec to celebrate and protect the indigenous languages spoken in Santa Cruz county and is an active member of the Nido de Lenguas project.

In February, we caught up with Hedding to hear more about his current research projects and experience as a THI fellow. This year, he was selected as one of our Summer Research Fellows. Hedding’s work as a syntactician drove our conversation about the importance and stakes of supporting research that engages indigenous languages. We also spoke with him about his experience as a THI Summer Public Fellow in the past, and learned about how it continues to shape his work and interests in the present.

We really appreciate you taking the time to sit down with us Andrew! Would you mind leading things off by just telling us in broad strokes about your work? What are the main things you focus on?

My research focuses on an indigenous language of Mexico called Mixtec, also known as Tu’un Savi. Specifically, I investigate a variety of Mixtec spoken in San Martín Peras, a municipality in the Southern Mexican state of Oaxaca. This variety is also widely spoken by migrant communities in California, and it is the most widely spoken indigenous language in Santa Cruz county. I work directly with speakers to learn more about the language and its structure, and I collaborate with speakers to create language resources for the public. Very broadly speaking, my research investigates the various ways that words can be ordered in Mixtec and what that reveals about the underlying structure of Mixtec sentences.

We’re really interested in how you think about your research, and we’d love to know even more. You describe yourself as a “theoretical syntactician and fieldworker, with a particular interest in information structure.” For many outside the field of linguistics, descriptions like this are both really intriguing and sort of opaque. Can you break this down for those of us who aren’t versed in the field?

As a syntactician, I am primarily interested in the structure of sentences. This means that I study the unique roles that different words play within a sentence, the ways that subparts of a sentence are grouped together to form units of meaning, and the various ways those units can be ordered to create sentences with distinct interpretations. I investigate these phenomena in Mixtec, but I also try to understand how Mixtec can inform our understanding of syntax more generally. Linguistic theories make predictions about what types of sentence structures should be possible in the languages of the world; they might predict that all languages share a certain property or that a certain phenomenon is not possible in any language. In order to evaluate these theories, linguists have to test those predictions in a wide range of languages, especially languages that have been less well studied. 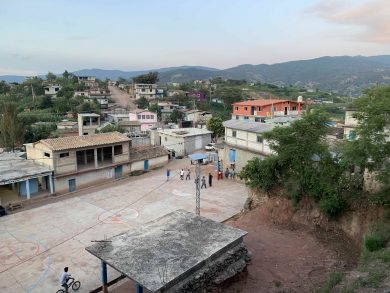 Of particular interest to me is what is called “information structure.” This refers to the complex ways that speakers highlight certain information during a discourse. For instance, in many languages, explicitly referring to the topic of conversation or emphasizing a particular piece of information will change the order of words in a sentence or will cause the words to be pronounced in a distinct way. In Mixtec, the order of words in a sentence is highly dependent on the context in which it is uttered. That is, the same set of words might be put in a different order if the sentence is uttered out of the blue, in response to a question, or when contradicting a claim made by a previous speaker. My current work attempts to better understand these patterns.

The primary method that I use to learn about Mixtec is through linguistic fieldwork, working directly with speakers and asking them questions about their language. For instance, I might ask a speaker to translate a sentence into Mixtec, ask them if a particular string of words sounds like a natural Mixtec sentence, or ask them whether a particular sentence would be appropriate in a specific context.

You’ve mentioned that a big part of your work focuses on Mixtec, a language which has its origins in Oaxaca and many speakers in Santa Cruz itself. How does studying this particular language interface with your broader research interests? And what does the study of endangered languages have to offer the field of linguistics more generally?

Studying Mixtec has been particularly important for me for a number of reasons. First, given the fact that there are numerous speakers of Mixtec in Santa Cruz County, studying the language has given me the opportunity to be involved in speakers’ efforts to address linguistic inequities in our community. For instance, along with my colleague Ben Eischens, I was able to collaborate with Natalia Gracida Cruz, a Mixtec speaker and educator, to develop a simple way of writing the language that is easy to learn for those who are already familiar with writing in Spanish. In addition, we were able to assist Natalia in translating and recording several public health messages into Mixtec for a local medical non-profit organization. The chance to participate in these collaborative efforts with speakers of Mixtec that live in our community has been a particularly rewarding aspect of my research.

This year, you were selected as a THI Summer Research Fellow. Your project, titled “On the Relationship between Questions and Answers: Evidence from San Martín Peras Mixtec,” sounds absolutely fascinating. Can you tell us more about it? And what is it like to do this kind of work during the time of COVID? 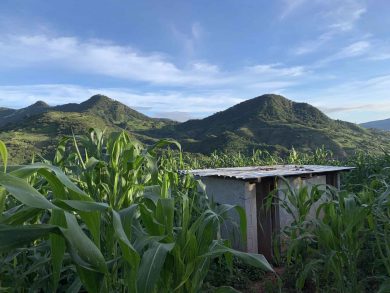 In this project, I compared movement of question words and movement of the focus in Mixtec. Linguists have often assumed that these two movements are the same in other languages, but there have been few direct systematic comparisons between the two. Roughly speaking, I was able to show that while these two movements are very similar, it is “more important” for a question word to move than for a focus to move in Mixtec, a result that raises interesting theoretical questions about the relationship between the two.

Originally, I had planned to use the THI Fellowship to fund a trip to work with speakers of Mixtec in Mexico. Unfortunately, that trip had to be postponed due to COVID. Luckily, however, I was able to continue working over Zoom with one of my language consultants that lives in Watsonville. Doing fieldwork digitally has presented some unique logistical and technological challenges, but I feel very fortunate that I have been able to continue my research during the pandemic.

During the 2018-2019 cycle you worked with Senderos as a  THI Summer Public Fellow. What was this experience like for you? And has it continued to inform your work and orientation to the field since?

I had a wonderful experience working with Senderos, a local non-profit organization that creates opportunities for Latinx youth through arts and education. Along with many of my colleagues in the Linguistics department, I have been a part of the Nido de Lenguas project, a collaboration with Senderos to share the beauty and value of Oaxacan languages with our community. The experience of working with Senderos has really helped me gain a better understanding of the importance of language to indigenous communities living in Santa Cruz, as well as the role that linguists can play to help support indigenous communities that are working to maintain their languages. Working with Senderos, I had the opportunity to help organize several language workshops where indigenous community members taught other community members some basic information about Oaxacan languages spoken in Santa Cruz, especially Mixtec and Zapotec.