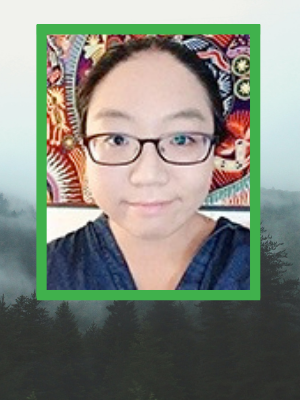 Kyuhyun Han is a PhD Student in the History Department at UC Santa Cruz. She describes her work as the study of “human-animal relations in modern Chinese history, specifically focusing on the history of the People’s Republic of China.” Han’s research examines the interface between Chinese forest policy and the lived realities of the people implementing or subject to it.

In March, we spoke with Han to learn more about her work and research interests. Last year, she was selected as a THI Summer Dissertation Fellow. We discussed how the study of human-animal relations in China sheds light not only on questions of history, but continues to inflect conversations about the Chinese environment today.

Thanks for taking the time to speak with us Kyu! Would you mind leading things off by just telling us in broad strokes about your work? What are the main things you focus on?

Hi! I study human-animal relations in modern Chinese history, specifically focusing on the history of the People’s Republic of China. I am currently working on the state forest management and wildlife conservation in Northeast China (Heilongjiang, Jilin, and Liaonjing) ranging from 1949 to the present. The main focus of my work is to trace how a top-down forest protection policy was implemented, changed, and distorted when it hit the ground in the Northeast by investigating the complex interactions between central policymakers, lower cadres, local people, and ethnic minority hunters.

That sounds like fascinating work! We’re really interested in, as you put it, your study of “human-animal relations in modern Chinese history.” How does this approach build from or challenge historiographical paradigms within your field?

My research suggests that, in the mid-1950s, Chinese scientists began extensive discussions on environmental concepts such as ecology, extinction, and natural protection. The development of the scientific consciousness that nature is a complicated biological web engendered new meanings of wildlife and the forest. Scientists showed that the lives of wildlife and trees in the forest were closely connected rather than mutually exclusive, constructing the “ecosystem” (shengtai) as comprised of flora and fauna. I am suggesting that the inclusion of wildlife in the governance of forestry played a substantial role in formulating natural protection policies such as the state promulgation of hunting regulation in 1962.

Environmental history and studies seems like an incredibly important area to be involved in right now. How does your work intersect with broader, public conversations happening across the globe in our moment? 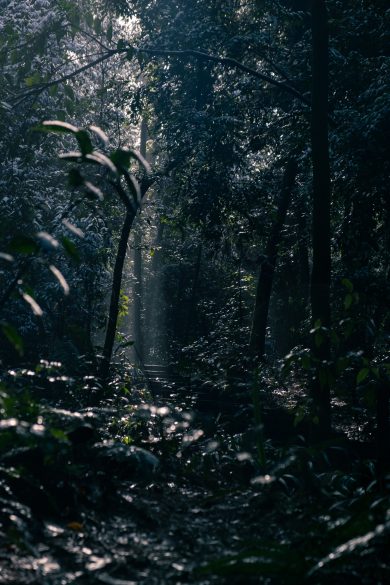 The concept that we use to define environmental consciousness is mostly derived from scholars studying US and European conservation history. However, I question whether one can apply the existing concept of environmental consciousness to the People’s Republic. English speakers differentiate the protection of natural resources and conservation of species, seeing them as two different words. However, in Mandarin Chinese, the ideas of protection and conservation often merged into one word, baohu. PRC discourse of baohu, formulated through the global discussion of natural protection in the 1950s and the 1960s, was a messy entanglement of political, economic, environmental, and scientific values that determined the state protection of certain species. The fact that the CCP began to concern itself with species extinction, for instance, did not override the Party-states concern with the political and economic value of animals. I argue that only through the investigation of baohu discourse in all its messiness can we gain full insight into the Chinese natural protection and conservation policies.

This year, you were selected as a THI Summer Dissertation Fellow. Your project, “Seeing the Forest Like a State: Forest Management, Wildlife Conservation, and Center-Periphery Relations in Northeast China, 1949 – 1988,” sounds simply fascinating. Can you tell us more about it? And what is it like to do this kind of work during the time of COVID?

What I noticed about the Covid-19 pandemic is that China still appears as an environmentally unfriendly and ignorant nation. Many people blamed China’s illegal wildlife trade and the lenient state regulation of wildlife poaching for enabling the pandemic. My research shows that the frameworks for such issues have much longer historical roots, dating back to the 1950s and the 1960s when many people believed China did not attempt to protect nature. The history of Northeast forests suggests that we need to pay attention to what happened at the grassroots level. In the Northeast, local people continuously negotiated with the local cadres to find loopholes in the protection policy. Some cadres who were more sympathetic to local people distorted state language to protect local livelihood. They created sanctuaries to follow state orders and opened them to the largely poor, ethnic minority hunters. These interactions at the grassroots were crucial in deciding the fate of trees and animals of the region.

During the 2019-2020 cycle you were a THI Summer Research Fellow. What was this particular experience like for you? And how have these various forms of support contributed to the development of your project over time?

At the time, I was researching in Jilin province thanks to the support from THI Summer Research Fellowship, ASEH Equity Graduate Student Fellowship, ASEH Hal Rothman Dissertation Research Fellowship, and D. Kim Foundation for the History of Science and Technology in East Asia Travel/Research Grant. I was fortunate to receive these grants for the summer research in 2019 to investigate forestry sources in Jilin because my dissertation research focused on Heilongjiang province that had three of the two major forest resources in Northeast China – Greater and Lesser Xing’an mountains. This grant allowed me to find more sources on the Changbai mountain, which is the third major forested areas of Northeast China during the summer.

In summer 2019, I spent three months in Yanji and Changchun, after the major closing of government archives on PRC sources. It was a rough start, but I was able to find unexpectedly helpful materials that local libraries held. I collected gazetteers, science reports, and ethnic minority documents during my research tenure. These two areas, especially Yanji, have a large Korean-Chinese population providing me a rare chance to use Korean – my native language – in my research. I also bought many cast-off government documents that were out of the government’s sight from online used bookstores, which is called “garbology” in my field.

Before the 2019-2020 cycle (from 2015-2018), I conducted research in Heilongjiang, mainly in Yichun and Harbin, thanks to the support from the Henry Luce Foundation/ACLS Program in China Studies Predissertation-Summer Travel Grant, the Association for Asian Studies China and Inner Asia Council (CIAC) Small Grant Association for Asian Studies, and various departmental grants. My experience during the research trip inspired my dissertation? work  greatly. Through my daily interaction with the archivists, we made various compromises. We used tactics not to attract attention to the materials that I read or copied. One archivist gave me a discounted photocopy because “I was a good kid.” Whenever I write about the bureaucrats in the 1950s and 1960s who tried to bend the state regulations for local people, I think about the lady who allowed me to smuggle copied documents out of the archive. I owe my dissertation to these flexible government workers who sympathize with local people, or poor grad students like myself.