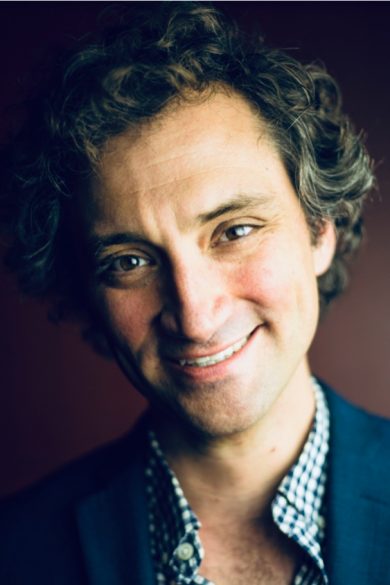 Matt Smith is a PhD Student in the History of Consciousness Department at UC Santa Cruz. His research spans a wide array of disciplines and traditions of thought, including philosophy, aesthetic theory, and semiotics.  Smith’s current project, “The Radical Human in the Situationist International, 1957-72,” traces the intellectual history of the loose-knit “organization” with a special emphasis on members’ development of the concept of alienation.

In April, we spoke with Smith to learn more about his work and research interests. Last year, he was selected as a THI Summer Research Fellow. Our conversation spanned Smith’s research interests, current project, and experience working as a class-action lawyer and legal clerk. Discussing the continuing importance of understanding alienation, Smith took us through the history of the Situationist International and the stakes of studying their work now.

Thanks for taking the time to speak with us Matt! To help ground our conversation, would you mind just telling us in broad strokes about your research interests? How do you think about your scholarship?

My pleasure! In broad strokes, my research investigates the limits of self-knowledge and the contemporary meaning of freedom and individuality. It involves questions that have bedeviled philosophers, artists, and social scientists for ages: given that we can hardly get away from social influences that have a normalizing effect on how we think and act, how can we understand the determinants of our own perceptions and beliefs, and act in light of that knowledge to become more free? These questions are not new—you can ask Plato about them—but the context is new, and the questions are context-specific. Any society that continues to invoke ideas like freedom and individuality—as ours most certainly does—must confront what they mean, “now.” To retain these concepts means to renovate them.

My research addresses these questions about the limits of self-knowledge and the contemporary meaning of freedom and individuality by combining approaches drawn from the philosophy of mind, aesthetic theory, and semiotics. I am currently the most occupied with the philosopher Stuart Hampshire’s enlargement of Spinoza’s concept of “freedom of mind,” with Charles Sanders Peirce’s ideas about semiotics, and with the artistic praxis of the Situationist International.

Before you came to UC Santa Cruz, you worked for several years as a class-action attorney representing workers and consumers and clerked for the United States Court of Appeals in the Eleventh Circuit. How has this experience shaped your current research interests and/or desire to do the sort of work you’re doing now?

Both as a law clerk and as a practicing attorney, my position gave me a direct vantage point on how individuality is constituted and shaped through the law. The work I did on cases arising under the federal anti-trust laws, which set the rules for how businesses compete with one another, was “Exhibit A” in terms of showing how the state crafts individuals’ behavior to perpetuate the existence of markets, and in turn, how individuals’ expectations about the functioning of markets ricochet back in the other direction to influence the policies of the state. This leads to real problems for certain conceptions of freedom and individuality: the Kantian distinction between autonomy (self-determination) and heteronomy (external determination) blurs as individuals’ ideas about their freedom turn out to be a function of what a collectivity has imposed. Working on anti-trust cases led me to dust off my copies of Marx, Hegel, and Foucault; reading those three provoked me to think more about markets as systems of governance and, indeed, systems of coercion. That line of thinking led me back to graduate school, to HistCon in particular, and to the work I’m doing now on individuality.

It seems like a big part of your research revolves around the concept of alienation. What would you like readers of this profile to know about this component of your work? Are there particular traditions of thought you pull from in thinking about it? What does it offer us in thinking about social movements?

Yes, I do think alienation is very important, notwithstanding its somewhat checkered history as a concept. I view alienation primarily as a term that describes an epistemological opportunity. In the canonical literature of alienation, the concept is portrayed as a transient condition that must be overcome, like a dissonant chord begging for resolution (to borrow a famous metaphor from Henri Bergson). For Hegel, alienation was a condition to be succeeded by knowledge; for Augustine, it was to be transcended by reconciliation with god; and for Marx, it was to be succeeded by communism. Along the same lines, but in a different register, sociologists of the twentieth century (Durkheim, Riesman, Mills), treated it as a social pathology. The use of alienation in political discourse often replicates the “resolution-oriented,” or teleological, interpretation of alienation that you see in Hegel, Augustine, and Marx. 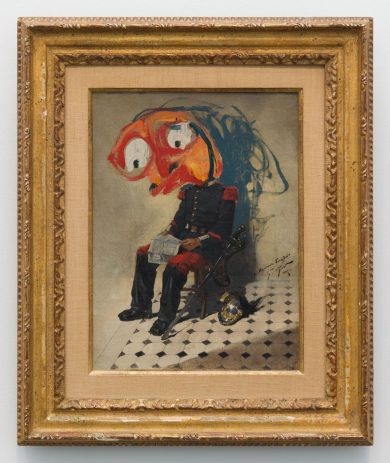 Rather than think about alienation in relation to its vanquishment, I prefer to investigate what the experience of alienation teaches cognitively and emotionally to the person who is experiencing it. Is the dissonance that one encounters in the experience of alienation a sign of a condition that’s harmful and needs to be transcended, or is it the sound of alarm-bells ringing in the penitentiary, warning that we, the prisoner, have escaped? One alternative way to think about alienation would be to consider it as an answer to the question, “what makes it possible for the members of a dominant culture to defect?” If, as Michel Foucault and others have said, power operates through the system of well-concealed psychic processes that we sometimes call “normativity,” alienation names an affective and cognitive condition in which the operation of normative power is made visible to us as we are jolted out of soothing acquiescence with the norms. If that’s the case, it calls for an investigation of the conditions in which alienation does, and does not, lead individuals to reappraise their ideas about themselves and their relation to their social context.

Your current project, tentatively titled “The Radical Human in the Situationist International, 1957-72,” sounds really interesting. Can you tell us more about this specific project? How does it intersect with your broader research interests?

The Situationists were determined to take the reins away from the mass market by incorporating the signs that the market produced in their own satirical and polemical media.

The Situationist International (“SI”) was a fractious “organization” (in the loosest sense) of artists and political activists that existed at various times between 1957 and 1972; they are best known for their role in creating slogans and icons that are most famously associated with the strikes and demonstrations of May 1968. The SI interests me on account of their attention, which emerges both in their theoretical and in their artistic projects, to the ways in which the physical, aural, and visual environment contributes to peoples’ beliefs about what they want and about what they can do. The Situationists worked in the midst of a historical boom in Western European economies in which France, Denmark, and other countries where the SI existed were undergoing a dizzyingly fast transition to a mass-market, consumption-driven economy. The Situationists were determined to take the reins away from the mass market by incorporating the signs that the market produced in their own satirical and polemical media. Whereas the mass-market society, “the society of the spectacle,” as they called it, deployed these signs in advertising and elsewhere to mold individual behavior into conformity with the requirements of a consumer society, the Situationists worked to create an aesthetic environment that would augment, rather than inhibit, peoples’ awareness of how visual culture influences their beliefs about themselves and their world. That is where the Situationists’ work intersects with my own research: they were investigating how people can come to know the determinants of their beliefs.  Unlike some of the other sources I consult for help with this question, the Situationists searched for answers in visual media as well as in prose.

During the 2020-2021 cycle you were selected as a THI Summer Research Fellow. What was this particular experience like for you? And how did this support contribute to the development of your project?

THI’s support was invaluable; it enabled me to devote countless hours to studying those archival materials of the Situationist International that are available on-line. The physical archive that I had hoped to use was closed throughout the summer due to COVID, but I was still able to access a great deal of material that several archives have digitized. It took a bit of creativity, and quite a lot of emailing reference librarians who were wonderfully helpful in spite of all of the obstacles facing them, but I was able to get ahold of the material I needed most. As a result of the work that THI enabled me to do, I produced drafts of two chapters toward my dissertation project, which I will be able to build upon while continuing to develop the dissertation and advance to candidacy in my department.