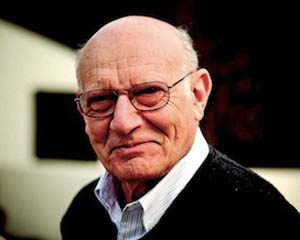 The award, which pays tribute to the post-retirement contributions of UC faculty, was presented this year to both Kenez and Isao Fujimoto, professor emeritus of Asian American studies at UC Davis, the 36th and 37th Panunzio awards since the program began in 1983. Kenez’s award is the eighth for a retired UC Santa Cruz professor, more than any other UC.

The selection committee noted that the two professors each had “especially long and notable records of research, teaching and service to the University of California, their disciplines, and their community.”

The Panunzio awards are named for the late professor of sociology at UCLA, often described as the architect of the UC Retirement System. He was particularly active in improving pensions and stipends for his fellow emeriti. The award honors research and activities since retirement and includes a $5,000 prize.

A founding faculty member of Stevenson College at UC Santa Cruz, Kenez is a native of Hungary and a Holocaust survivor. He received his Ph.D. from Harvard University and has been teaching Russian and modern European history at UCSC since 1966. He retired in 2011.