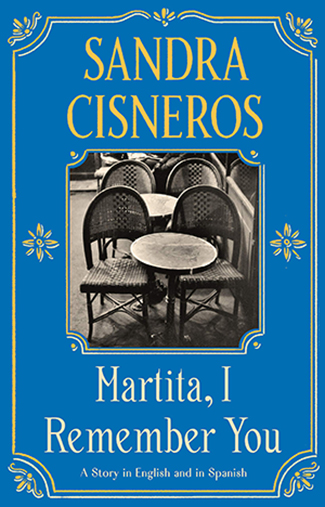 A major figure in Chicano literature, Sandra Cisneros is best known for her first novel, The House on Mango Street, a coming of age story, partly based on her own experience, about a 12-year-old girl growing up in the Hispanic quarter of Chicago.

Published in 1984, the book has sold over 6 million copies and been translated into more than 20 languages. It made the New York Times Best Seller list and won the American Book Award from the Before Columbus Foundation.

It also became required reading in middle schools, high schools, and universities throughout the United States, and was even adapted into a stage play by playwright, and screenwriter Tanya Saracho, who recently developed the Starz television series, Vida, and once noted in an interview that the book “is such a masterpiece, and so iconic in our community, that I was originally scared to adapt it.”

A poet, short story writer, novelist, essayist and artist, Cisneros is also the author of Bad Boys, My Wicked Wicked Ways, Loose Woman, Woman Hollering Creek and Other Stories, Caramelo, Have You Seen Marie?, Vintage Cisneros, Bravo, Bruno, A House of My Own: Stories from My Life, and Puro Amor. Born in Chicago in 1954, she is a citizen of both the United States and Mexico.

On September 8, UCSC’s Humanities Institute is co-sponsoring a special ticketed online event with Bookshop Santa Cruz, featuring Cisneros in conversation with Emmy Award-winning journalist Rubén Martínez, in celebration of her new book, Martita, I Remember You/Martita, te recuerdo. The book will be published the day before in a dual-language edition. 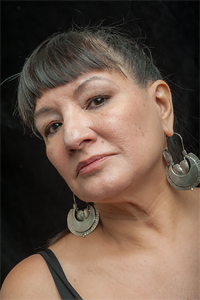 Martinez is the author of: Desert America: A Journey Across Our Most Divided Landscape and Crossing Over: A Mexican Family on the Migrant Trail. His essays, opinions, and reporting have appeared in a variety of publications such as the New York Times, Washington Post, Los Angeles Times, The Nation, Spin, Sojourners, and Mother Jones.

Cisneros’ new book revolves around a woman named Corina, who at a young age, leaves her Mexican family in Chicago to follow her dream of becoming a writer in the cafes of Paris. Instead, her brief stay ends up consisting mostly of running out of money, making friends with panhandling artists in the metro, sleeping on crowded floors, and dancing the tango at underground parties.

But the hard times are more than balanced by the intense friendships she developed during her time there with two other women, now long out of touch, which all comes back to her years later with the discovery of a lost forgotten letter.

Cisneros has received numerous awards, including NEA fellowships in both poetry and fiction, a MacArthur “Genius” Fellowship, honorary doctorates, and national and international book awards that include Chicago’s Fifth Star Award, the PEN America Literary Award, and the National Medal of Arts.

Over the years, she has also fostered the careers of many aspiring and emerging writers by founding two nonprofit organizations: the Macondo Foundation and the Alfredo Cisneros del Moral Foundation. Cisnero is also the organizer of Los MacArturos—Latino MacArthur fellows who are community activists.

She recently received the Ford Foundation’s Art of Change Fellowship, was named one of the Frederick Douglass 200, and won the PEN/Nabokov Award for Achievement in International Literature.

Sandra Cisneros will be in conversation with Emmy Award-winning journalist Rubén Martínez, on September 8, beginning at 7 p.m., in an online event to celebrate the publication of her new book, “Martita, I Remember You/ Martita, te recuerdo.” Tickets are available here.