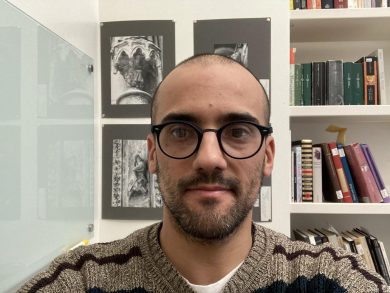 Filippo Gianferrari is Assistant Professor of Literature at the University of California, Santa Cruz. He is originally from Modena, Italy. Gianferrari received a BA and MA in Letteratura italiana from the Università degli studi di Bologna, and a Ph.D. in Medieval Studies from the University of Notre Dame. After completing his Ph.D., he at Vassar College and Smith College. He has been part of the Literature Department at UCSC since 2019. Gianferrari works on le Tre Corone and lay education in the Middle Ages and the Renaissance, and is interested in the ways literature and education (particularly literacy) intersect with and inform each other. Gianferrari has published mostly on the topic of Dante’s intellectual formation and is currently writing a book provisionally titled “Training the Reader: Dante and the Rise of Vernacular Literacy.” The book investigates Dante’s debts to his earliest school readings and his critical stance toward contemporary education. 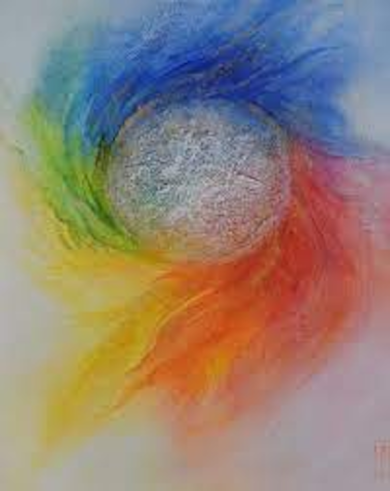 In the final lines of Dante’s Commedia, the protagonist is consuming his sight to penetrate the depth of God’s divine essence:

but cannot find the required principle,

So too I with this new sight at which I stared,

yearning to understand how our image fit

onto the circle and was itself there in-whered.

This would have exceeded my own wings’ ambit,

had not a sudden brilliance burst through my mind,

bringing all that I wished for along with it.

my will and desire now were turned in kind

By the love that moves the sun and other stars.

The moment Dante is “struck” by the divine vision, his mind loses the faculty to create images–the “alta fantasia” (high fantasy), or virtus imaginativa, as medieval philosophers defined the power to create intellectual images without inputs from the senses. The syntagm, however, also alludes to the poet’s creative force, which has now pushed beyond the limits of both realism and abstract representation. 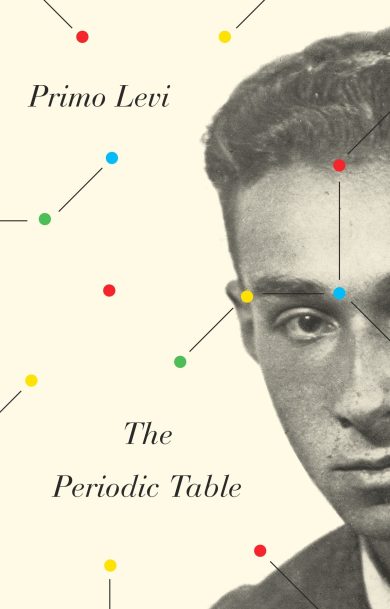 Primo Levi, I believe, expresses a similar sense of creative self-outdoing toward the end of his The Periodic Table—a work he completed when already an established writer and about to retire from his career as a chemist in the paint industry. This work features an audacious crossover of autobiography and fictional narrative. In Levi’s words, The Periodic Table:

is not a chemistry treatise …Nor is it an autobiography …but history is surely is in some way. It is, or would have liked to be, a micro-history, the history of an occupation and its defeats, victories, and sufferings, such as everyone wishes to recount when he feels close to the end of the arc of his career, and art ceases to be long.²

In this passage, Levi creates ambiguity between his two arts (chemistry and writing), an ambiguity that remains throughout the whole work. As I would like to argue, however, it also invokes the limitations of art, as this blows the boundaries between history and mimetic representation. A principal reagent of Levi’s experiment, I believe, is Dante. When read through a Dantean lens, The Periodic Table invites us to contemplate how, through these “tales of militant chemistry,” Levi discusses both the process of creating realistic tales and the impulse to crossover “the history fiction divide” in Holocaust writing theorized by Hayden White.³ 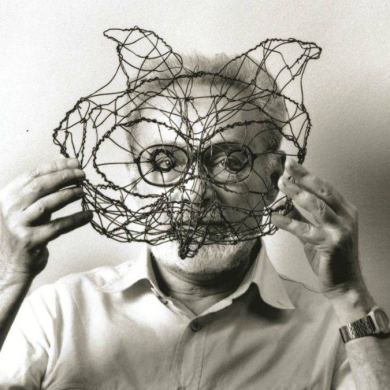 Dantean memories and subtexts punctuate The Periodic Table. In this brief contribution, however, I only focus on the particular concept of “comic” representation proposed by Dante at a key narrative moment of his Commedia, and how a similar notion resurfaces in the story Vanadium from Levi’s The Periodic Table. In Vanadium, Levi confronts a half-neutral German, a certain Dr. Müller, who unwillingly collaborated with the blind machine of Auschwitz at the time when Levi was a prisoner there. Long after the war, fate brings them to cross paths again via industrial litigation about some defective varnish. Against Levi’s hope, however, Müller proves himself unfitting to play the role of the villain, and the reckoning between them turns rather anti-climatic. The reason, Levi explains, is that this story is not fiction and reality is always more complex than invention. Upon summarizing the second and crucial letter he received from Müller, Levi-the-author breaks the narrative continuum of the story to address his readers:

It wasn’t a model letter, a paradigm. At this point, if my story were invented, I would have been able to introduce only two types of letter: one humble, warm, Christian, from a redeemed German; one vile, arrogant, icy, from a stubborn Nazi. Now, this story is not invented, and reality is always more complex than invention: rougher, less combed, less rounded. Rarely does it lie on a flat surface.4

Yet, despite Levi’s assurances, this story is invented. It is not entirely fictional, though, as Müller’s letter reproduces one that Levi had truly received, together with many other half-apologetic writings by former Nazi collaborators. The exchange with Müller, moreover, did happen, although in different circumstances–considerably less comic than that of industrial litigation–and with a person named Ferdinand Meyer–whom perhaps Levi even met in person, or had an extended phone call with. Levi, moreover, had been warmer and more reconciling with Meyer than his fictional self is with Müller in the book. Vanadium, in other words, is only half true: it is verisimilar. Through his counterfactual address to the reader, therefore, Levi openly signals the work’s sharp departure from history, thus casting a doubt on the place of invention in all the other stories of this hybrid autobiography.

Levi would have found an important precedent of the same paradoxical claim in a key passage of Dante’s Commedia, where the genre–and perhaps title–of the poem is revealed for the first time. In the Inferno, before facing the marvelous and multiform monster, Geryon, Dante addresses the reader with the following warning: 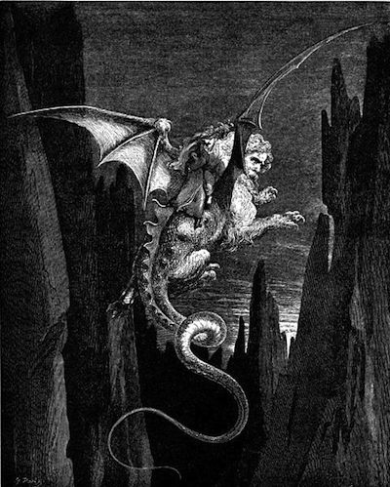 Faced with that truth which seems a lie, a man

should always close his lips as long as he can-

to tell it shames him, even though he’s blameless;

but here I can’t be still; and by the lines

of this my Comedy, reader, I swear-

and may my verse find favor for long years-

that through the dense and darkened air I saw

a figure swimming, rising up, enough

to bring amazement to the firmest heart,

went down to loose an anchor snagged upon

a reef or something else hid in the sea,

who stretches upward and draws in his feet

Sometimes, the author explains, a true event seems so absurd that one should not relate it, lest she becomes the object of mocking and disbelief. Dante’s implicit claim here is that, like the monster Geryon, the reality of his Hell is a truth that may appear to be a lie. But since he has the responsibility to report everything he witnessed in his journey for the benefit of his readers, to boost their trust he swears on his comedìa. This choice appears paradoxical on three accounts: nobody up to this point would guess that the poem is a comedy (or has anything comic about it); Dante swears on the authority of his own text, thus circling back to the issue of his reliability as a witness; and, finally, in ancient and medieval literary criticism comedy is often defined as a type of narrative that is realistic but ultimately fictional. The irony, moreover, is that besides swearing on an inappropriate genre of literary text, Dante does so at the moment he is about to ride on the back of Geryon–the most incredible of monsters and embodiment of fraud! Dante’s generic definition of his poem as a comedìa, therefore, is linked to the poetic challenge of creating a coherent and realistic cosmos. But as Geryon’s appearance reveals, mimesis depends on poetry’s cosmetic and illusionistic power.6

One may guess why this passage represented a crucial model for a fine reader of Dante such as Levi, whose principal commitment as a writer was to witness and memorialize the inconceivable hell of the concentration camp. With regard to Vanadium and The Periodic Table, however, the crucial point is that Levi redeploys Dante’s rhetorical strategy to mark the moment when invention retouches history. The importance of Dante’s lesson becomes more apparent when one considers that, at the least within the cosmos of the text itself, The Periodic Tables breaks the tabù of Auschwitz, as it turns tragedy into comedy and introduces irony into Hell. As we learn from the Yiddish proverb that Levi quotes at the opening of his collection of chemical stories: “It’s good to tell past troubles.” The pleasure of story-telling has some healing power. A key model for Levi’s comic transformation of tragedy surfaces in the first story, Argon, where the author explains that:

…the Hebrew people, after the dispersal, lived this conflict long and painfully, and drew from it not only its wisdom but its laughter, which is missing from the Bible and the Prophets. Yiddish is pervaded by it.7

Fiction, however, becomes a necessary means for The Periodic Table’s comic hybridization of past tragedies. Levi indirectly points to the fictional element in his comic experiment when talking about the art of making varnishes

It’s an ancient art, and therefore noble: the most remote testimony is in Genesis 6:14, where it is told how, in accordance with precise instructions from the Almighty, Noah (likely using a brush) covered the Ark, inside and out, with molten pitch. But it’s also a subtly fraudulent art, one that aims at hiding the substrate, endowing it with the color and appearance of what it is not: in this guise it’s a relative of cosmetics and adornment, which are equally devious arts and almost equally ancient (Isaiah 3:16).8

As Dante pushes the limit of poetic creation by transcending the limits of human imagination, Levi’s cosmetic art “ceases to be long” when it dares to retouch the tragic experience of the Holocaust.

[5] This translation of Dante’s Commedia is by Robert and Jean Hollander and is quoted from https://dante.princeton.edu/pdp/ (accessed March 2022).

[6] The term cosmos in ancient Greek meant a “beautiful order” and was used to indicate the harmony of any artistic and linguistic composition. In so far as it means a process of organization and decoration, the term cosmetics can be related to the creation of a cosmos.

“Primo Levi’s Comic Resilience: A Dantean Lesson” is part of The Humanities Institute’s 2022 Imagination Series. This series features contributions from a range of faculty and emeriti in the Humanities community at UC Santa Cruz – each of whom highlight connections between imagination and their work or consider the role of imagination in fashioning new worlds. Throughout Spring quarter, be sure to look for these amazing essays in our weekly newsletter!