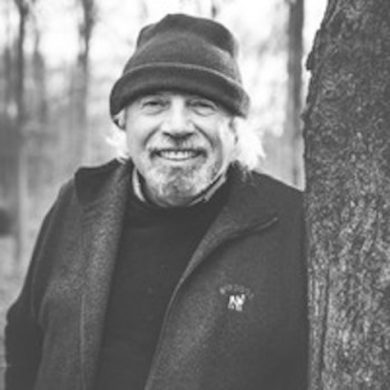 Rob Wilson is Professor of Literature, Creative Writing, and Cultural Studies at UC Santa Cruz. His research focuses on transnational and postcolonial literatures, cultural poetics of America in the Pacific and Oceania, and the poetics of experimental writing. His books of poetry and cultural criticism include: Waking In Seoul; American Sublime; Asia/Pacific as Space of Cultural Production; Inside Out: Literature, Cultural Politics and the New Pacific; Reimagining the American Pacific: From ‘South Pacific’ to Bamboo Ridge and Beyond; and Be Always Converting, Be Always Converted: An American Poetics. Wilson’s contribution to our 2022 Imagination Series considers how activities like teaching and writing poetry generate the creative imagination necessary to build better worlds.

Imagination as Soul-Making and World-Making Activity

“Object-loss, world-loss, is the precondition for all creation. Creation is in or out of the void; ex nihilo.” –Norman O. Brown, “Nothing”

We live in an era of material opacity, spectral alienation, and the wholesale contraction of visionary forces away from any future-making capacity or will to believe. It is a time of bleak materialism, shrinking resources, Anthropocene weather. It is a time of cynical or glib nihilism that seemingly comes with the postmodern territory working inside academia. When it becomes hard, even teaching inside the plenitudes of literature and the history-rich humanities, to keep what cultural studies mentor Raymond Williams called “the resources of hope” alive in such a neoliberal void: to keep creative imagination alive as a force of consciousness and resistance to this soul-infiltrating bleakness.

Imagination thus becomes a way of keeping the soul alive in this late-capitalist world of de-sacralization, banality, ruination, acid rain, dust. For creative imagination can help to transfigure ordinary reality, and work to shape, express, alter, bring into language and being different modes of world-making and amplified identity, reworlding time and space and selfhood. For, as Nobel-Prize winner Bob Dylan confessed to a Rolling Stone interviewer about his longevity as a song-maker and ever-writing poet always reinventing himself from small-town Robert Zimmerman into big-time shape-shifter Bob Dylan, “Transfiguration is what allows you to crawl out from under the chaos and fly above it. That’s how I can still do what I do and write the songs I sing and just keep on moving.”1

As Norman O. Brown more modestly phrased this activity of poetic making as a teacher at Cowell College in the 1970s and 80s, “I stammered broken heaven-talk in the classroom.” Indeed, UCSC Professor of the Humanities Brown memorably phrased this utter entanglement of the soul in this vocation of teaching, inspiring, and writing in the following terms that mean the world to me, “It is not a matter of having a soul, or of saving it, but more actively a matter of soul-making. The soul is creative and must create itself: it is the creative imagination.”2 Maxine Hong Kingston, a friend from my days of teaching and writing in Hawai’i and through shared ties to the anguished English of Wheeler Hall in Berkeley, was no less relentless in her far-ranging pursuit of soul-making and world-building through creative imagination in bleak times of precarity, loss, wanhope, another ruthless war like the one Russia is waging against Ukraine: “Children, everybody, here’s what to do during war: In a time of destruction, create something. A poem. A parade. A community. A school. A vow. A moral principle. One peaceful moment,” as she advised in The Fifth Book of Peace (2003). 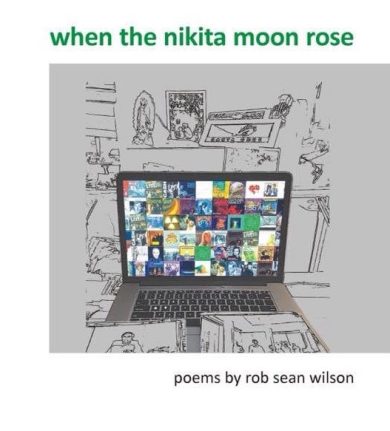 As a genre of writing that activates imagination and language against terror and destruction, poetry (along with cultural studies across Oceania) has served me since my days as founding editor of the Berkeley Poetry Review journal at UC Berkeley in the 1970s to my recent transpacific dual-language poetry collection When the Nikita Moon Rose, as a way of searching for a path to enhanced beatitude and life-force, as if writing activated traces of the sacred and awakened magical energies or echoes of a mantra, “walking between the two deserts/ singing” as W. S. Merwin put this conjunction of outer and inner in a poem called “Air.”

At the far extremity of this the quest for poetry and imagination, “I write in order to abolish the play of subordinate operations in myself” (Bataille): to write beyond the given or inherited self of the everyday world into another language and into a place or energy of perpetual becoming where the language of self-dispossession seems an act of imaginative grace and sudden finding.

As Ralph Waldo Emerson mandated to himself in some circular tautology of language production and everyday soul-making: “The way to become a writer is to write.” Or, as late-great Hawaiian poet and activist Wayne Kaumuali’i Westlake once celebrated in a Waikiki poem, written in one of his uncanny haiku from anonymous enclaves of literary Hawai’i when the 1970s seemed to be drifting into tourist oblivion and imperial sublation of imagination and hope,

Must be going crazy

“Imagination as Soul-Making and World-Making Activity” is part of The Humanities Institute’s 2022 Imagination Series. This series features contributions from a range of faculty and emeriti in the Humanities community at UC Santa Cruz – each of whom highlight connections between imagination and their work or consider the role of imagination in fashioning new worlds. Throughout Spring quarter, be sure to look for these amazing essays in our weekly newsletter!