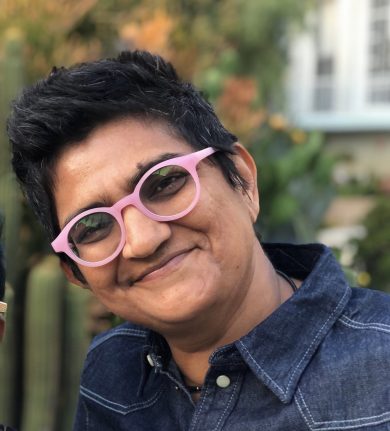 Anjali Arondekar is Associate Professor of Feminist Studies at UC Santa Cruz. She is the Founding Co-Director of the Center for South Asian Studies (CSAS), which focuses on economic and social justice in South Asia and the Indian Ocean world. Arondekar’s contribution to our 2021 Memory Series considers the histories of memory across continents, and the salience of exploring these in our current moment. “To remember,” she writes, “is not to grasp a lost form or surrender to the nostalgia of a less violent past (if there ever was one), but more an aspiration of belonging. To fashion a world, or at least a version of a world that brings joy, succor and the possibility of a reunion.”

Memory Histories: I Am Not Your Data

I am not your data, nor am I your vote bank,
I am not your project, or any exotic museum object,
I am not the soul waiting to be harvested,
Nor am I the lab where your theories are tested,
I am not your cannon fodder, or the invisible worker,
or your entertainment at India habitat center,
I am not your field, your crowd, your history,
your help, your guilt, medallions of your victory,
So I draw my own picture, and invent my own grammar,
I make my own tools to fight my own battle,
For me, my people, my world, and my Adivasi self!
Abhay Xaxa1

So writes Abhay Xaxa, an Adivasi scholar, activist, artist, (in an excerpt from a longer poem entitled “I am Not your Data” 2011), in what remains one of the most militant and poignant tracts of anti-caste aestheticism and politics. Xaxa, member of the Kurukh tribe, born and brought up in Jashpur district, Chattisgarh, India, died tragically of a heart attack on March 2020. A stalwart of Adivasi land reform, Xaxa was first and foremost an intellectual who pushed for radical imaginaries that would combat the data-fication and de-humanization of his Adivasi and Dalit/Bahujan kin.2 If one motif hums through his poem, it is the pressing, almost unbearable awareness of the privations of caste and the unction of history. As if to say, between who we are, and how we are seen, lies an unbridgeable metrics, an archive of algorithmic violence that won’t let us breathe.  “So I draw my own picture, and invent my own grammar” he writes in his limpid litany of refusals, exhorting us, his readers, to imagine vibrant historical vernaculars for Adivasi and Dalit/Bahujan presence.3

One’s history was not a place of capture; it was a compositional lexicon of self-making, to be continuously taught, modulated, inhabited, and shed.

For the past decade or so, I have returned often to Xaxa’s trenchant exhortations to think through my own intellectual discomfort with the evidentiary regimes that secure pathways to histories of caste and sexuality, to think about what it means to not be data/fodder for a knowledge supply chain that sees our histories only through lineages of loss, erasure and paucity. Instead I have turned to the concept metaphor of abundance as a heuristic to summon a non-recuperative history of sexuality that embraces presence without return, or the fear of loss. To summon a history of abundance is not to be restored to value, but rather to be set adrift upon more intrepid economies of meaning––sometimes harmonious, sometimes dissonant––that come together to upend genealogies of historical recuperation and representation.

Through my research on a Dalit/Bahujan, devadasi community, the Gomantak Maratha Samaj, I have encountered archives of invention, thriving eco-systems of protest, refusal, and pleasure. The Gomantak Maratha Samaj or the Gomantak Kalavant Samaj, as it is also known, is a historical anomaly and rarity, both in its archival forms and content. The Samaj is a prominent lower-caste devadasi collectivity hailing from colonial Portuguese and British India. Devadasi, is a Sanskrit term literally meaning a slave/dasi, of a god/master, often falsely read as interchangeable with terms such as courtesan, sex-worker, prostitute. Gomantak speaks to geographical roots in Goa, Maratha is both a caste and regional term, and Samaj translates to both collectivity, society and/or community.  Moving between British and Portuguese India, spread across the border states of Maharashtra, Goa and Karnataka, the Samaj is the only Devadasi collectivity (with over 50,000 registered members) that has maintained its own continuous archive since its inception in 1927 till today, embracing rather than disavowing its history of caste and sexuality. Its archives in Mumbai and Panaji are accessible and available to all that care to enter (a radical counter intuitive prospect for anyone doing archival research in India), and are full of the minutiae of subaltern life, an efflorescent and heady mélange of fact and fiction, with archival genres that corrupt and stage verifiability in the form of fake birth records, property deeds, and more.  A cany archival pragmatism founds these collections where the sheer abundance of the materials is less an organizing than a disorganizing force, shot through by questions of pleasure, practice and subjectivity, agency and ethics.

I grew up within the bawdy, colorful and expansive lower-caste politics of the the Gomantak Maratha Samaj, and it is those familial genealogies that first opened me up to the urgencies of caste, sexuality and politics. My deliberations thus emanate from those intimacies; they are of them, but not about them. Contravening the protocols of data collection (be they of collectivity, family, caste) was not just a familiar feature of my Samaj life, but a profoundly political matter. One’s history was not a place of capture; it was a compositional lexicon of self-making, to be continuously taught, modulated, inhabited, and shed. To return to Xaxa’s again, I can thus do no better than to tell that story. 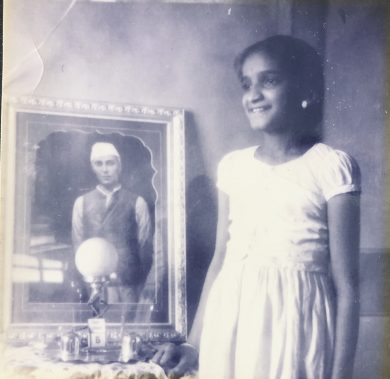 I remember you, my mother always tenderly says to my partner Lucy, as she glimpses her across oceans virtual and real every week. My mother, is 85, her memory faded and folded into crevices of stories told and untold. In the pixelated landscape of my video screen, Aai’s words linger, a translated rendering of how she manifests absence. “I remember you” is her English condensation of our shared Marathi phrase – mala tujhi aathvan yete – which makes aathvan/memory an act of personal conjuring, a poignant tethering of past and present.  I remember you too, Auntie, Lucy always responds, sealing a treasured ritual of long- distance love that sutures affect to a history of memory. To remember is not to grasp a lost form or surrender to the nostalgia of a less violent past (if there ever was one) but more an aspiration of belonging. To fashion a world, or at least a version of a world that brings joy, succor and the possibility of a reunion.

I have thought often of Aai’s phrase this past pandemic year as I’ve travelled several times to Mumbai to see her, without her beloved Lucy (whose US passport makes it impossible for her to enter a virus-stricken India). I have thought of what it means to remember a history lost and/or unseen in a country besieged by memory disputes, where little separates the factional from the functional. Even as India buckles under the weight of rampant authoritarianism, communalism, casteism and a general disregard for human life, I remember you. I remember the promises of liberation, the mandate to agitate, organize and educate. I remember the farmers’ protests, the words of Nodeep Kaur, the joyous rhythms of Shaheen Bagh, and the refusals of Bhima Koregaon.

Today, as heartbreak stretches across India, where more fires are lit to cremate than to create, there are more memories to be made.

Today, as heartbreak stretches across India, where more fires are lit to cremate than to create, there are more memories to be made. From the searing faces of my Dalit/Bahujan kin who tend the dead in the crematoriums of Hindutva making, to the oxygen-lungar that provides breath to the as-yet living, we remember. A cremator in Delhi “at the Center of India’s Covid Hell,” the byline reads, weeps, he is, after all, the only witness, the only record of the living dead.  Ashu Rai is his name, always a Dalit, yet now the bearer of last rites, of data un/processed, of bodies un/spoken. “Almost everyone asks about my caste because everyone wants a Brahmin to do the rituals and not the Dalits, but they aren’t available,” Rai says. “We are.”  Drenched in sweat, bearing wood, he takes one remaining piece of cloth, covering his face and head, and whispers laughingly “This cloth … absorbs [my] sweat and …when I hang it on my shoulder, people think that I am a Brahmin priest.”4 I am a Dalit, I am the record of your loss, I am, I am, I am not your data. I am abundant.

“Memory Histories: I Am Not Your Data” is part of The Humanities Institute’s 2021 Memory Series. This series features contributions from a range of faculty and emeriti in the Humanities community at UC Santa Cruz – each of whom highlight connections between memory and their work or meditate on memory’s relevance in our current moment. Throughout Spring quarter, be sure to look for these amazing essays in our weekly newsletter!