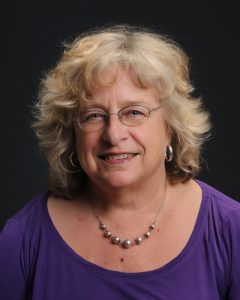 Dana Frank is Research Professor and Professor Emerita at UC Santa Cruz. She is a leading scholar of US labor and working-class history and of contemporary Honduras. During her time at UC Santa Cruz, Frank not only wrote prolifically for both scholarly and popular audiences, but also provided expert testimony before the California State Assembly, Canadian Parliament, and  US House of Representatives. Since her retirement in 2018, Frank has remained an active and powerful voice commenting on a range of issues—including a recently published opinion piece in the Washington Post analyzing Biden’s policies in Honduras. She is currently writing a book of essays about ordinary people’s activism and the New Deal during the Great Depression. Among other things, Frank’s contribution to THI’s Memory Series explores the relationship between memories both public and private.

Lately I’ve been thinking maybe I got it all wrong.

I’ve spent my entire working life in the business of memory, and because of that, I now realize, thinking things were vaguely under control — that historical memory was being preserved and passed on to new generations more or less well, albeit always incompletely and always contested.

As a history professor, I spent a big chunk of my days for forty years teaching young people about the past. I taught them about slavery and invasions and how capitalism works. I gave them autobiographies of Indigenous women activists and anti-lynching leaders, and told them powerful stories about slave rebellions and strikes. I showed them documentaries full of vivid images and inspiring voices. And I used that history to teach them to believe that they, too, in turn, could change the world.  The students, for their part, took notes, crammed for exams, and wrote beautiful research papers about topics they cared about. When I sang in class — “Oh Mary, Don’t You Weep Don’t You Moan,” “Solidarity Forever,” “De Colores” — I taught them to belt out the chorus along with me, to feel part of traditions of struggle spanning continents and centuries.

When I sang in class — “Oh Mary, Don’t You Weep Don’t You Moan,” “Solidarity Forever,” “De Colores” — I taught them to belt out the chorus along with me, to feel part of traditions of struggle spanning continents and centuries.

I wrote history books, too. I spent years peering at blurry documents and hunting down old people to interview, recording their every word before they passed. Then I wrote up what I learned in the most compelling and insightful way I could, so that ordinary people could have access to those stories, whether they were about the Honduran resistance after a 2009 coup, Buy American campaigns and anti-Asian racism, or the race and gender politics of the Cave Train Ride at the Boardwalk. When I was done, I placed my research carefully in boxes for safekeeping. At my desk at home I could look up at the shelf and see the row of books I’d written and feel reassured, both in having preserved what was in them, and about my own mark on the future — at least for a generation or two.

In all that work, I focused on what was being saved and passed on. I saw it as part of a vast, useful well of historical wisdom and knowledge that spreads all over the world and back in time through all human history, whether accessed through family anecdotes, ancestor worship, legends, folk tales, academic tomes, or the Wikipedia.

But last summer, when my mom died at 95, and afterward I stacked a nine-foot pile of family papers and photos into the corner of my garage, I had to face the fact that most of who she was and what she did with her life was simply going to disappear. All those relatives in the boxes, too, were going to slow fade backward until no one knew who they were.  My dad had already slipped away fifteen years before, along with the spacecraft he helped design that exited the solar system, the fish he caught and ate, and his wonderful sense of humor. 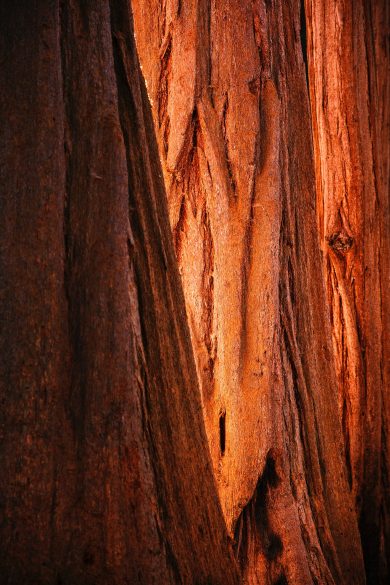 I  was also sobered by the eight months I spent this last year finally moving out of my UCSC office after I retired.  I passed day after day sorting through 85 boxes full of papers, plus twice that in my office at home to make room for whatever I’d keep. Mostly I threw things away, after endless startled encounters with old pieces of my life. Talk about memory (or rather lack thereof): as I opened up a folder marked “Immigration” and saw a bunch of old syllabi, I thought, “Oh, I must have been thinking about maybe teaching a class on that, and collected those from colleagues.” But the first syllabus was mine, from a class I’d taught in 1989 but had no memory of.

I was lucky, because Special Collections at the UCSC Library wanted my papers. Most people don’t have that privilege–they have to just dump everything. But vast chunks of my life and work still went bye-bye. Boxes and boxes of confidential letters of recommendation or evaluations of other people’s manuscripts, not to mention 3,800 carefully crafted narrative evaluations of my students, all disappeared into the big blue shredding bin down the hallway.

Then, when all that was sinking in, I turned 65. The good news was that I got Medicare, and was eligible for an early vaccine. The bad news was… well, of course I only have so many years left, and then I too will disappear, sooner rather than later.

For all that singing with my students, for all the careful footnoting of my books, for all those boxes schlepped to the McHenry Library loading dock, I’ve now slammed up against the reality that the vast majority of who people are and what they do simply disappears. Rather than lining up tidily on a shelf somewhere, most history and memory drifts slowly off into some fog, on the other side of which it drops off into a vague abyss. I’ve kept my finger in the dike of forgetting, but only in a tiny hole.

Yet, really, I don’t think I had it wrong all those years.

We don’t have to preserve everything. After all, we don’t grasp the entire world at any moment in the present. Not just historians, but all of us keep up the daily, collective work of choosing what to remember, and helping those around us access and learn from it. We tell the stories that matter.

A year and a half ago, I was helping two Filipino-American high school students from Watsonville write their college admission exams, as part of a countywide project for first-generation applicants. When I asked them about their lives and what made them special that would be good to write about, it came out that while they loved learning about, and identified with their school’s ethnic studies curriculum built around Mexican heritage, they hadn’t ever read anything about Filipino American history. I told them to beat a fast track to Carlos Bulosan’s classic 1946 autobiographical novel, America is in the Heart, which takes places in part in Watsonville, and to the 1992 oral history of Philip Vera Cruz, the pioneering leader of the United Farm Workers. As their faces lit up, I could feel the electric thrill of their historical legacy arcing across eighty years and down into that room, and the joy of my own ability to facilitate it.

As Bulosan and Vera Cruz knew well, memory has always been a conscious and powerful tool for those struggling from below for social justice. Those two young men weren’t just going to learn that Filipinos have a long history in Watsonville; they’d learn about spectacular repression and spectacular activism.

Monuments, and collective memory in all its forms, help us tell ourselves who we are, who we were, and who we want to be.

I myself have learned in the past twelve years from Hondurans bravely resisting the 2009 coup and its aftermath, who taught me that you have to fight, hard and fast, over history. They draw on a long Latin American tradition of the politics of memory, in which they collectively refuse to allow disappearances, assassinations, and atrocities to be forgotten, and continue to demand accountability decades later.

Of course, rulers and oppressors use history themselves to enshrine monarchy, celebrate slavery, or goad us to war. That’s what all those monuments to Robert E. Lee or Teddy Roosevelt are about.

In the past year, we can be grateful that the Black Lives Matter movement has given us the gift of powerfully challenging those public monuments and who they celebrate, particularly slaveholders and their allies, whose names and figures are enshrined throughout the United States. Now we can all  join the ongoing project of rethinking public history, by taking down Lee and Roosevelt and also putting up new monuments to honor heroic figures like Harriet Tubman or to mark horrors like the deportation and repatriation of over half a million Mexicans and Mexican-American citizens during the Great Depression. We can honor monuments already in place, like the Vietnam War Memorial in Washington DC. 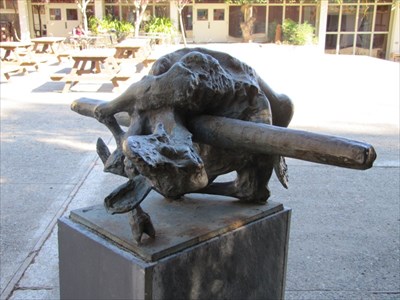 There’s plenty to work with locally. At UC Santa Cruz, in front of the Cowell College library, we can honor a largely forgotten 1969-70 sculpture entitled “Sacrificial Goat,” dedicated by the artist, Jack Zajac, to the memory of George Skael and Jon Warmbrodt, two Cowell students who died in Vietnam.

Other monuments need to go, like the giant kneeling Junipero Serra sticking his finger out over Interstate 280 on the San Francisco Peninsula. Closer to home, Big Basin Redwoods State Park, up Highway 9, has a long history of racism and imperialism projected on the preservation of redwood trees. Its famous slice of an ancient tree had inscribed on its rings a codified history of European imperialism and invasion, from Julius Caesar to Christopher Columbus to the “landing of the Pilgrims.” Walt Whitman, John Muir, and Teddy Roosevelt all spoke of redwood trees as symbols of a superior race rising to domination in the US. Now that the log slice and all the headquarters buildings at Big Basin have sadly burned down, we can support the local Indigenous Amah Mutsun people and their allies in reconceptualizing history at the park in new ways, that honor and continue Native traditions, and don’t celebrate conquest from the point of view of the conquered.

Monuments, and collective memory in all its forms, help us tell ourselves who we are, who we were, and who we want to be. The best, like those songs of the enslaved that I taught my class, draw on centuries of precious knowledge to help us imagine and build a future based on social justice.  They help us, in our fleeting lives, find strong voices to carry forward memories of suffering, struggle — and triumph.

“Oh, Mary, Don’t You Weep” is part of The Humanities Institute’s 2021 Memory Series. This series features contributions from a range of faculty and emeriti in the Humanities community at UC Santa Cruz – each of whom highlight connections between memory and their work or meditate on memory’s relevance in our current moment. Throughout Spring quarter, be sure to look for these amazing essays in our weekly newsletter!