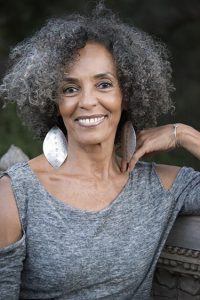 Davis will talk about the origins and practice of restorative justice, as well as its intersections with feminist and relational theory, abolitionism, Black Lives Matter, and movements to end sexual violence.

Restorative justice is a model of criminal justice that focuses on the rehabilitation of offenders through reconciliation with victims and the community at large.

The murder of two close childhood friends in the 1963 bombing of the 16th Street Baptist Church in Birmingham, Alabama, stirred Davis to a lifetime of social activism. Since then, she has been active in the civil rights, Black liberation, women’s, prisoner’s, peace, anti-racial violence, and anti-apartheid movements.

She also spent nearly three decades as a civil rights trial lawyer after earning a law degree from UC Berkeley in 1979.

*Fania Davis will deliver the 2016 Peggy Downes Baskin Ethics Lecture at 7 p.m. on Thursday, December 1, at the Music Center Recital Hall on the UC Santa Cruz campus. The title of her talk is “Restorative Justice: a Relational, Healing, and Radical Practice.” This event is presented by theInstitute for Humanities Research. Admission is free and open to the public.