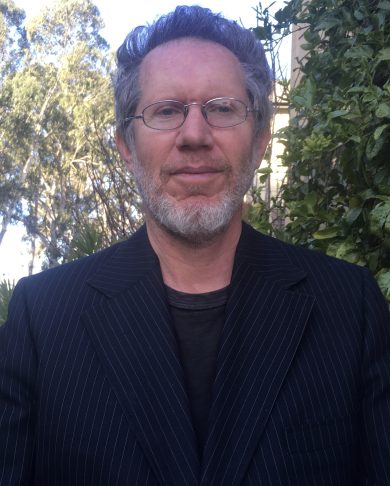 After 12 years, Nathaniel Deutsch will step down from his role as Faculty Director of The Humanities Institute (THI) at UC Santa Cruz at the end of the 2021-22 academic year.

Professor Deutsch has held the position since 2010, when it was known as the Institute for Humanities Research. During his tenure, THI has mounted hundreds of public programs, supported nearly 1,000 faculty and student fellows, incubated new research projects, and worked with faculty across campus to raise more than $10 million in extramural funds for humanities research — all accomplishments for which Deutsch insists he deserves only partial credit.

“I’ve been really lucky to have worked with an amazing team over the years, especially Irena Polić, Managing Director of THI,” Deutsch said. “That’s something I benefited from tremendously. We built a team of staff and students that is going to outlast me, and that’s really strong. I think everyone that works with us gets that impression as well.”

Chancellor Cynthia Larive lauded Deutsch’s leadership and noted THI’s growth over the past decade. “THI has emerged as a powerful hub for our campus and in the greater community, fostering new directions in research, cross-disciplinary collaboration, and public engagement,” Larive said. “We have an excellent foundation to continue to build faculty research and experiential learning opportunities for our students in the coming years.”

Deutsch took on the role of Faculty Director after serving in a similar role as Chair of the Humanities at Swarthmore College and as Director for UC Santa Cruz’s Center for Jewish Studies. “Taking the helm of this new institute was a natural fit,” he said, and a chance to “start to build something.”

“I remember thinking at the time that there was a lot of opportunity in different areas of the humanities to do things and to serve the community,” Deutsch added. “I think we did a good job of showing the breadth of the humanities, the depth that people who work in the humanities can engage with really important questions and do research and how that research informed both their teaching and in public engagement.”

Irena Polić, Managing Director of THI, describes their partnership as an opportunity of a lifetime.  “Working with Nathaniel over the last 12 years to build THI, to design an institute which is simultaneously a powerful research hub with an international reputation and an important part of our community, has been one of the most rewarding experiences of my career. Nathaniel’s generosity of spirit has carried forward in everything we do, and allowed THI to serve as an intellectual home for anyone at UC Santa Cruz who considers themselves a humanist, regardless of which department or division they are associated with.” 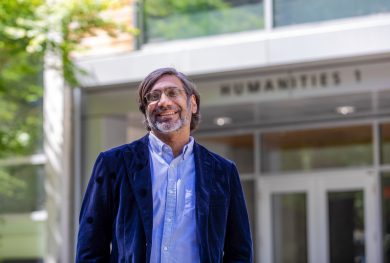 Deutsch will continue to be a part of UC Santa Cruz and the larger THI community. He will carry on as a professor of history and director of the Center for Jewish Studies, which is housed in THI. While his leadership will be missed, there is also a lot of excitement about the people who are joining the team. Pranav Anand, professor and outgoing chair of the Linguistics Department at UC Santa Cruz, will be THI’s new Faculty Director.

Anand has already made a sizable impact at UCSC since arriving at the school in 2006. Working at the intersection of linguistics, philosophy, and computational modeling, Anand’s research primarily focuses on cross-linguistic variations in context-dependent meaning. In 2016, he was awarded the John Dizikes Teaching Award in Humanities, and earlier this year served as co-principal investigator on a proposal that helped the university receive a National Endowment for the Humanities grant to create a certificate program for engineering students to better understand the impact of technology on the world.

“For me, The Humanities Institute is a model for what innovative, imaginative research and engagement in the humanities looks like,” said Anand. “In my research, teaching, and service, I have looked to THI for both advice and inspiration in how to engage with students and the community, and how to pursue interdisciplinary work. Many conversations I have had with THI staff and faculty that were ostensibly about increasing the legibility of my work have invariably turned into richer and deeper examinations of the work, always unearthing new territory for exploration. The chance to be part of the team that figures out what new initiatives THI takes on, and to have a similar kind impact for others, is incredibly exciting.”

While Anand is looking forward to getting started in this new position, he won’t officially begin his tenure as Faculty Director until 2023 as he is going on sabbatical for a year, during which time he will be working on the perspectival dimensions and evidential restrictions in questions and expressions of taste. To help assist in the transition, professor of literature Sharon Kinoshita, current member of the THI Steering Committee, will serve as Interim Director. 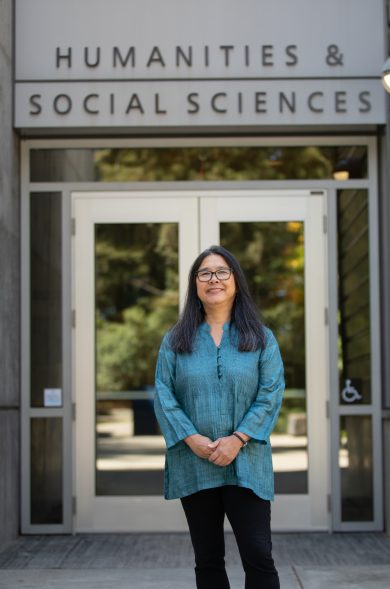 Kinoshita has been a member of the UC Santa Cruz faculty since 1987, focusing on Medieval French, Mediterranean, and Global Studies in the Literature Department. She serves as co-director for the UCSC Center for Mediterranean Studies and co-director of The Mediterranean Seminar, and has received numerous grants and awards over the years, including a UC President’s Fellowship in 2012 and, in 2007, an honorable mention prize from the Modern Language Association of American for her book, Medieval Boundaries: Rethinking Difference in Old French Literature, published by the University of Pennsylvania Press.

Deutsch couldn’t be more thrilled with the new leadership choices at THI.

“Both of them are really excellent scholars, respected not only in their division, but more broadly in the university and internationally,” he said. “They have wide ranging intellects. They can engage with faculty and students and look at their projects from a number of different fields. And will have the intelligence to share in those kinds of conversations whether they’re public or that can occur in a position where a faculty member might want you to take a look at their grant proposal. They have a lot of integrity and both are going to do great jobs.”

Polić wholeheartedly agrees and is excited about the future. “Sharon and Pranav have been deeply engaged with THI over the last decade, as scholars, research project directors, and steering committee members. I look forward to working with them, as well as with Humanities Dean, Jasmine Alinder, to continue to further our Divisional goals.”

“Nathaniel, Irena, and the entire THI team have created one of the most impactful humanities institutes in the country,” said Alinder. “Through their programs, we are able to engage thousands of community members, support student internships, and incubate faculty research. Under their leadership, THI has become a model humanities center. I am excited for what will come from the new leadership of Sharon and Pranav; both are innovative scholars who are highly engaged with our students and faculty. THI is in excellent hands.”