Border Regimes and Resistance in Global Perspective is one of three research clusters connected to The Humanities Institute 2020-2021 theme: Memory. 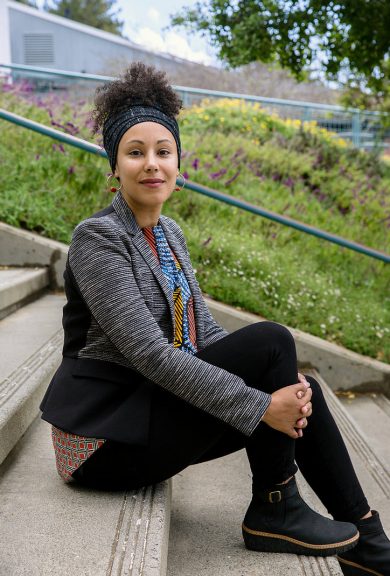 Our collaboration grows out of our work in our respective research sites, Italy and Palestine/Israel. Both are sites marked by rigidly fortified and surveilled borders, the paradox of expansive mobility for some and foreclosed mobility for others, and sustained racist state violence. Like the United States, where we live and work, Italy and Israel systematically disavow the multiple forms of local and global violence they have engendered through practices of bordering. Yet Italy and Israel are also sites, ostensibly, of invitation: they are both places where citizenship is a selectively extended invitation of membership, and they are travel destinations where the tourist industry shapes a substantive percentage of the economy. 1 As such, they are spaces broadly imagined as tourist destinations, where travelers are invited to lounge beachside, eat, shop, be pilgrims, be tourists, study abroad, and find their “roots.”  Despite these gestures of invitation, however, Italy continues to disavow its colonial history, intensify border policing against African migrants and refugees, and deny citizenship to the Italian-born children of immigrants. Similarly, Israel—as a settler-colony built atop Palestinian land with deeply racialized border policing that positions Palestinians as a demographic threat—restricts the movement of Palestinians and denies their Right of Return. In both of these sites, the structural foreclosure of mobility for some reveals this “invitation” to in fact be an extension predicated on racially coded matrices of desirability.

While the research sites and the geopolitical contexts in which we work are markedly disparate, our work coalesces around similar types of questions: what forms does organizing against racialized border policing take? In the case of Italy, why and how have Black Italian activists (specifically, the Italian-born children of African immigrants) taken up national citizenship as a privileged terrain of struggle over race and membership in Italy? What forms of diasporic politics emerge at the limits of citizenship—ones that can activate new forms of transnational solidarity that subvert, rather than work within, the discursive and material boundaries of national citizenship?  In the case of Palestine, how does Israel enact not only the theft of land but also the theft of narrative, severing Palestinians from the landscape and the curricula, disavowing its colonial present at the same time that it denies its colonial past?2 And how do Palestinian organizers, under the constraints of settler colonial military occupation, and in a context in which they do not control their borders, wrest both the capacity to invite and, in Edward Said’s words, “the permission to narrate” from Israeli control?3

Our collective and collaborative study in struggle has led us to understand borderland regimes in relation to three distinct but correlated dynamics: movement and movement-building; the transnationalism of both bordering and resistance; and borders as simultaneously material and discursive.

Our collective and collaborative study in struggle has led us to understand borderland regimes in relation to three distinct but correlated dynamics: movement and movement-building; the transnationalism of both bordering and resistance; and borders as simultaneously material and discursive. This analytical orientation has shaped both the organization of our forthcoming special issue of Critical Ethnic Studies and our approach to our UCSC Humanities Institute Research Cluster of the same name: Borderland Regimes and Resistance in Global Perspective.

First, we are interested in the theorization of movement—who can and cannot move, and why—and movement building—how we can collectively work toward a world without borders and the violences they sanction. We want to work toward a conversation on borderland regimes and resistance that pivots on questions of movement—from the (im)possibilities of migration to the (im)possibilities of mobilizing.

Second, we understand borderland policing as a transnational process that (re)produces the relational space of the border and that is shaped by the international circulation of repressive technologies of control and surveillance, expertise, and ideologies among racial capitalist states. But at the same time, grassroots anticolonial resistance to borders is also transnational, articulating solidaristic connections across those same borders. As such, we are interested in the ways that shared and circulating histories, discourses, political practices, and technologies can open new avenues for historically-informed transnational social movements.

Third, we approach borders as simultaneously material and discursive. A comparative analysis of borderland regimes could easily be structured with each contribution analyzing the shared technologies between colonial states: analyses of, for example, Israel’s Elbit Systems role in constructing the Wall that hems in Palestinian communities and the wall at the U.S./Mexico border.4 This work is critically necessary, and we see our work here as contributing to this conversation in broader terms. But rather than look at the site of the border per se, we are also interested in the broader question of what it means to study a border. What happens when the border is not only spatial, but a dynamic that exists between refugees and NGO workers? When borders crop up in intimate partnerships? When borders are reenacted between researcher and subject? When histories of crossing borders are erased because one does not fit in neatly in the bounded categories of immigrant, migrant, refugee, and asylum-seeker? At the same time, we are careful not to empty “the border” of its material anchor, positioning the multiple borders we analyze here as functioning in concert with nation-state borders and settler checkpoints that foreclose movement and hasten premature death of indigenous populations.5

Our cluster, which builds from our special issue and toward our future collaborations, will take seriously these three focal points. In Spring 2021, we will host a virtual symposium, following the publication of our special issue. As part of the symposium, we will host a series of roundtables for those who contributed essays on the making and remaking of borders from U.S./Mexico to the Philippines, refugee routes from Palestine to Syria to Greece to the West Coast of the U.S., and the afterlife of militarism from Burma to Laos. We will also host conversations on some of the other components of our special issue, including a syllabus on bordering, a political education document about policing on our campus, and an interview on the cyclical violence of white supremacy, policing, Black immigrant and refugee organizing experiences, the struggles and joys of coalition building, and futurity. We will also invite members of the Santa Cruz County immigrants’ rights activist community, as well as organizers from the Santa Cruz Resource Center for Nonviolence, to participate in the discussion and share their insights on the political potential of solidarity across borders. 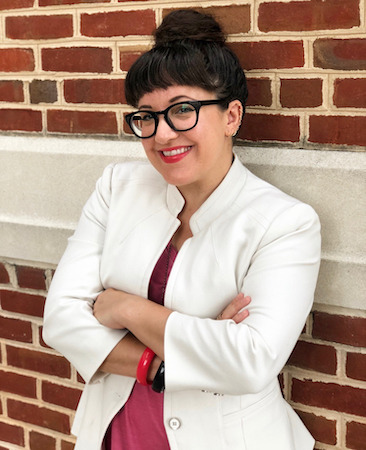 As we build from the special issue and the symposium toward the future of our research cluster, we are also developing curricula for two co-taught courses on the theme of “Border Regimes and Resistance in Global Perspective.” For the first, we are working to craft a syllabus (including a website with multimedia resources) for our co-taught Critical Race and Ethnic Studies senior seminar on comparative borders. For the second, in line with UCSC’s American Council of Education Internationalization Laboratory, we will lay the groundwork for a curriculum and itinerary for a multi-sited co-taught undergraduate field study course on global border regimes and resistance. In this field course, a small group of UCSC undergraduate students from the humanities and social sciences would travel to three “border sites” around the world (i.e., US/Mexico, Italy/Mediterranean, Palestine/Israel). In this course we both plan to teach, students would have the opportunity to learn about the histories and materialities of borders in these places, and meet with activist, indigenous, and immigrant/refugee rights groups working in these sites.

The long-term goal of our THI Research Cluster is to develop a campus-wide research center for comparative border studies at UC Santa Cruz, housed in the Humanities, which will gather scholars from across disciplinary boundaries who are thinking through border violence in its myriad forms. In curating this conversation, sustained over multiple years, we hope to provide space for engaging with questions of movement—and movement building—in a time marked by the global proliferation of borderland regimes.