THI Co-Sponsored Women in the Arts Event Featured in Sentinel:

On June 5, 2018, the Women in the Arts panel event at the Kuumbwa Jazz Center on Tuesday focused largely on issues of race, class, gender and voice.

Panel moderator Bettina Aptheker quoted the feminist theorist Sheila Rowbotham, reflecting that “‘we only hear silence in the moment at which it’s breaking.’” Aptheker said that she believes U.S. society is at that breaking point, citing the work of the panelists, as well as the current turbulent social and political climate.

At one moment at the beginning of the panel, Gonzalez used part of her allotted introduction time to read a poem from Coste Lewis’ National Book Award winning book, “Voyage of the Sable Venus.” When she asked for Coste Lewis’ permission to do so, the poet nodded graciously, and the crowd burst into applause.

The panelists seemed primarily interested in engaging with one another and learning about each other’s work. The members of the panel all expressed a desire to connect emotionally and intellectually with the world around them, while channeling that connection into their art. 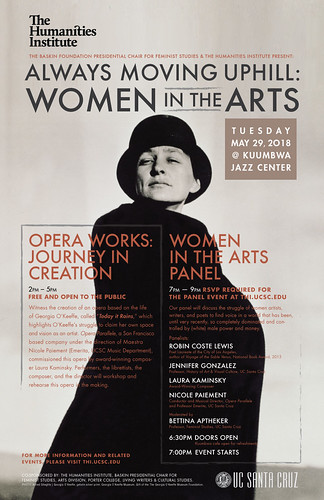