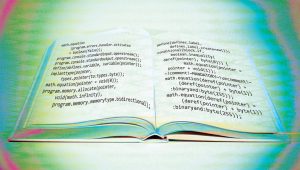 Mountain View, Calif. — THE humanities are kaput. Sorry, liberal arts cap-and-gowners. You blew it. In a software-run world, what’s wanted are more engineers.

At least, so goes the argument in a rising number of states, which have embraced a funding model for higher education that uses tuition “bonuses” to favor hard-skilled degrees like computer science over the humanities. The trend is backed by countless think pieces. “Macbeth does not make my priority list,” wrote Vinod Khosla, a co-founder of Sun Microsystems and the author of a widely shared blog post titled “Is Majoring in Liberal Arts a Mistake for Students?” (Subtitle: “Critical Thinking and the Scientific Process First — Humanities Later”).

The technologist’s argument begins with a suspicion that the liberal arts are of dubious academic rigor, suited mostly to dreamers. From there it proceeds to a reminder: Software powers the world, ergo, the only rational education is one built on STEM. Finally, lest he be accused of making a pyre of the canon, the technologist grants that yes, after students have finished their engineering degrees and found jobs, they should pick up a book — history, poetry, whatever.

As a liberal-arts major who went on to a career in software, I can only scratch my head.

Fresh out of college in 1993, I signed on with a large technology consultancy. The firm’s idea was that by hiring a certain lunatic fringe of humanities majors, it might cut down on engineering groupthink. After a six-week programming boot camp, we were pitched headfirst into the deep end of software development.

My first project could hardly have been worse. We (mostly engineers, with a spritzing of humanities majors) were attached to an enormous cellular carrier. Our assignment was to rewrite its rating and billing system — a thing that rivaled maritime law in its complexity.

I was assigned to a team charged with one of the hairier programs in the system, which concerned the movement of individual mobile subscribers from one “parent” account plan to another. Each one of these moves caused an avalanche of plan activations and terminations, carry-overs or forfeitures of accumulated talk minutes, and umpteen other causal conditionals that would affect the subscriber’s bill.

This program, thousands of lines of code long and growing by the hour, was passed around our team like an exquisite corpse. The subscribers and their parent accounts were rendered on our screens as a series of S’s and A’s. After we stared at these figures for weeks, they began to infect our dreams. (One I still remember. I was a baby in a vast crib. Just overhead, turning slowly and radiating malice, was an enormous iron mobile whose arms strained under the weight of certain capital letters.)