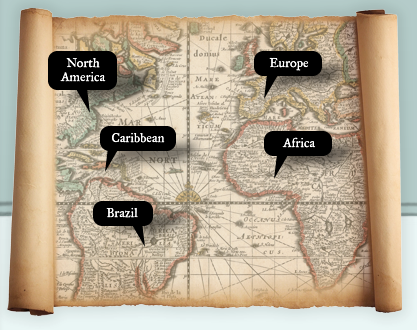 UC Santa Cruz has joined a newly formed consortium of institutions to ensure the preservation, stability, and future development of what has become the single most widely used online resource for anyone interested in slavery across the Atlantic world.

The SlaveVoyages database, previously hosted at Emory University, will now function as a cooperative academic collaboration through a contractual agreement among six institutions: Emory University, the Hutchins Center for African and African American Research at Harvard University, the National Museum of African American History and Culture, the Omohundro Institute of Early American History & Culture at William & Mary, Rice University, and three campuses of the University of California that will assume a joint membership—UC Santa Cruz, UC Irvine and UC Berkeley.

Slavevoyages.org had its origins in the 1960s, when historians began collecting data on slave ship voyages and estimating the number of enslaved Africans to cross the Atlantic from the 16th through 19th centuries. Over the years, the data was transferred from punch cards, to laptop computer, to a CD-ROM published in 1999, until it ultimately landed on a website at Emory University in 2008.

SlaveVoyages.org is the culmination of both independent and collaborative work by a multidisciplinary team of international scholars and historians—including UC Santa Cruz history professor Greg O’Malley.

He helped create the Intra-American Slave Trade Database, which was added to www.slavevoyages.org as a companion to the much older Transatlantic Slave Trade Database in 2019. It documents more than 11,500 trading voyages that moved enslaved people from one port in the Americas to another. 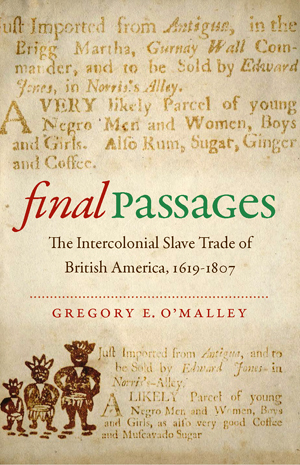 O’Malley compiled the foundational data set of about 7,600 voyages for the Intra-American Database in research for his first book Final Passages: The Intercolonial Slave Trade of British America, 1619-1807, and then partnered with UC Irvine professor Alex Borucki and other scholars to expand the coverage to all of the Americas and take the project online.

“One powerful thing that the Intra-American Slave Trade Database reveals is just how ubiquitous slavery was in the Americas,” O’Malley noted. “We don’t just document voyages to the obvious places we all think of associated with slavery, such as Virginia, South Carolina, or Jamaica. The Intra-American database shows voyages delivering enslaved people as far north as Newfoundland and as far south as Argentina.”

“All of the original 13 colonies that would become the United States appear in the database receiving shipments of enslaved people. And ships registered in every colony traded slaves elsewhere as well. So slavery was not just a southern problem or atrocity. It was an American one, and I mean ‘America’ as both the entire U.S. and the entire hemisphere. Slavery was virtually everywhere in the Americas, in varying degrees, and white colonists across all the colonies profited from slave trading.”

O’Malley serves on the Operational Committee for the whole website, which reviews data submitted by researchers for inclusion, responds to the many inquiries from the media and the website’s users, and plans future developments. In that capacity, he was involved in the outreach to other institutions about consortium membership, meeting with staff at the National Museum of African American History and Culture and the Omohundro Institute for Early American History and Culture as part of recruiting them to join.

“The slave trade database project has been crucial for understanding the overwhelming scale of the slave trade, the routes of the African diaspora, the human cost of such trafficking in terms of lives lost, and the profits of this trade at other people’s expense,’ said O’Malley. “It has helped develop a scholarly consensus on the approximate number of people forced across the Atlantic, with more than 12.5 million people departing Africa and more than 10.7 million arriving in the Americas—and nearly 2 million more dying in between. And it’s become a resource for people tracing the spread of African cultures in the Americas, people assessing who profited from this murderous business, and for individuals studying their own family histories and seeking their cultural roots.”

With the creation of the new consortium, O’Malley noted that SlaveVoyages will continue to serve as a model, inspiring other research and serving as a resource for new initiatives and broader public understanding of the history of slavery. 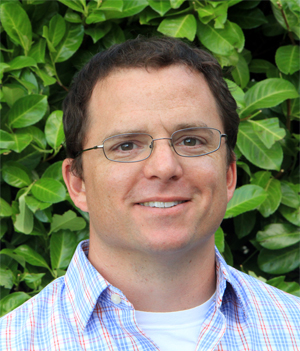 He reflected on what impact this robust resource might add to the current national conversation about race.

“The appalling evidence of mortality in the slave trade also resonates with the modern Black Lives Matter movement,” said O’Malley. “The devaluing of black life in American society has a long history predating the modern examples of systemic violence against Black people and the repeated failures of our society to hold the perpetrators of such violence accountable.”

“The slave trade required a callous disregard for Black life in order to function. Slave traders purchased black people in one port to ship them over vast distances for profitable resale. To facilitate security and keep costs down, such traders confined enslaved people in horrifically crowded conditions aboard ships. Those who died, the traders simply threw overboard. Traders tried to keep captives alive in order to profit from their sale, but they could tolerate substantial mortality because enslaved people brought high prices throughout the Americas and because—at some fundamental level—the lives of Black people did not matter to the traders beyond the profits that could be made by selling them or exploiting their labor.”

“We have to say “Black Lives Matter” in the present because we are fighting against the weight of that history. Too often, then and now, Black lives were and are treated as expendable,” he added.